Race on for SA centre Engelbrecht

Springbok centre JJ Engelbrecht faces a race against time to get fit for this weekend's Rugby Championship decider against the All Blacks at Ellis Park. 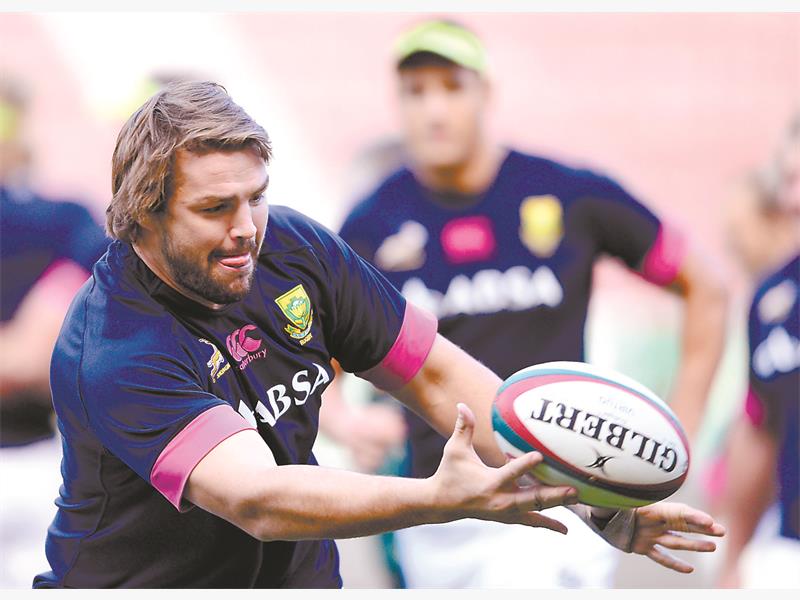 Engelbrecht injured his quad muscle in last weekend’s 28-8 win over the Wallabies in Cape Town and Bok coach Heyneke Meyer said yesterday that Jan Serfontein and Juan de Jongh are the players on standby.

“JJ has some bleeding on the muscle after a nasty bump. A bad case could take three to four days to heal,” said Bok team doctor Craig Roberts. Meyer said they would give Engelbrecht “as long as possible” before making a final decision.

There was also minor concern over hooker Adriaan Strauss’ bruised hand. Bismarck du Plessis is due to start this weekend.

“These things happen and we simply have to accept the decision and move on,” said Meyer.

Lions lock Franco van der Merwe was yesterday called up to replace him and could even leapfrog Pieter-Steph du Toit for a place on the bench this weekend.

Meyer said that while Juandre Kruger would start in place of Van der Merwe, he had obvious reasons for calling up the Lions second row, who has still to earn his first Test cap despite being part of the wider squad for some time.

“We are genuinely short on quality No 5 jumpers in SA and we need someone for the bench,” said Meyer, who also noted that the All Blacks have made a huge improvement in this area.