Franco has his day in the sun

Franco van der Merwe would play his first Test for the Springboks at the North Pole if he was asked. 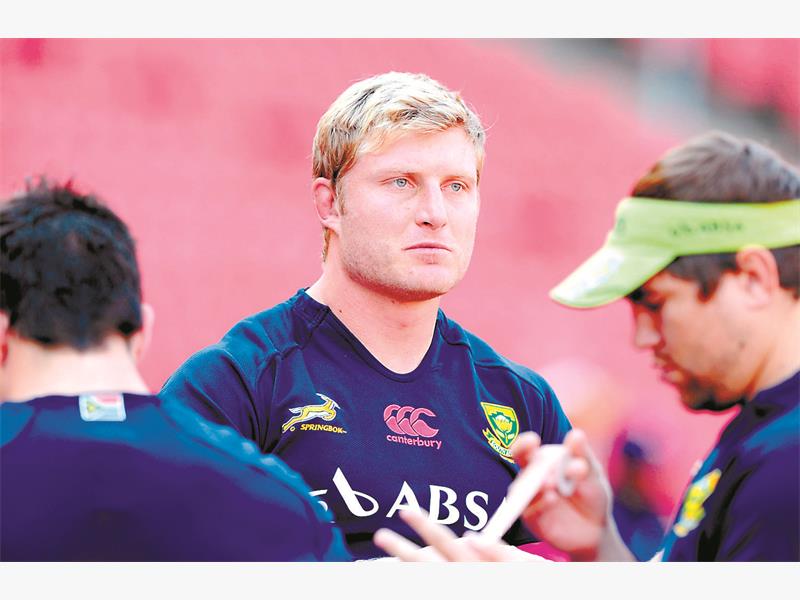 JUST REWARD. Lock Franco van der Merwe could make his debut for the Springboks in the deciding Rugby Championship clash against the All Blacks at Ellis Park on Saturday. Picture: Backpagepix.

The popular and vastly experienced Lions lock was included on the Bok bench yesterday and will finally make his long-awaited debut if he comes off the bench against the All Blacks at Ellis Park this weekend.

“I am super-excited,” said Van der Merwe, 30, shortly after the announcement. “I continued to wait for the big moment. It’s been a while but I just kept on hoping.

“It’s great that it’s at Ellis Park where I have played most of my rugby for the Lions, but I would have jumped at the chance anywhere, even at the North Pole,” said Van der Merwe, who will run the lineouts should he replace Juandre Kruger.

Heyneke Meyer said one of the better moments for him as a coach was to tell a player he was going to make his debut. “I promised Franco he would play his first Test soon and when I told him and saw the emotion in his eyes, it just made it extra-special,” said Meyer.

“Franco could become a lineout great and has been part of the squad for one-and-a-half years and even when I have told him he must go back to play Currie Cup rugby, he has always been extremely positive.”

Van der Merwe said Meyer had always been very open with him about when his big day would come. “Heyneke has had so many achievements in his career and he handles the players magnificently,” said Van der Merwe.

“At times it did get tough, but I kept hoping and working hard and Saturday will be a massive occasion. It’s going to be like a final.

“When I’m surrounded by guys like Jannie du Plessis and his brother Bismarck, who have all played 50 Tests, I realise what a privilege it is. I can’t wait.”