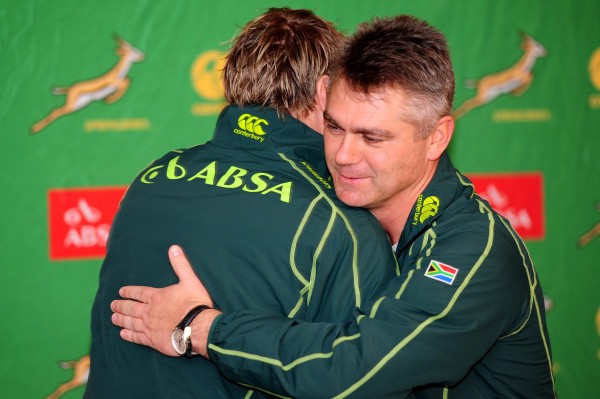 With the Boks needing to score four tries and deny the All Blacks a bonus point as the only route to the title, De Villiers said the game could turn out to be more complex than just that.

“We are not up against a Mickey Mouse team,” he said. “They are after all the All Blacks and the No 1 team in world rugby at the moment. And so yes, it may very well define our season, but it’s all about the proper execution on the day. New Zealand remain the ultimate challenge.”

South Africa have won seven of their eight Tests this season and 10 of their last 11, but the Bok skipper made it clear what has to be achieved to score their first win over the All Blacks since 2011.

“Our game plan certainly hasn’t changed and this game rates right up there with finals rugby.”

But the Boks can expect the All Blacks to come to the party regardless of the Ellis Park influence and game-breakers like Israel Dagg, Julian Savea and Ben Smith could ask telling questions of the Boks defence.

While the Boks have a few aces up their sleeves in Willie le Roux, Bryan Habana and Fourie du Preez, their biggest weapon could be their dynamic rolling maul.

But a lot will depend on referee Nigel Owens’ outlook on the All Black tactics in defending the maul, often bending the rules, where their captain Richie McCaw could be the target of the crowd.

“When we have the backing of the whole of South Africa it makes one feel unbeatable,” said De Villiers.