The All Blacks are not the No 1 team and the current world champions for nothing, warned star Springbok wing Bryan Habana. 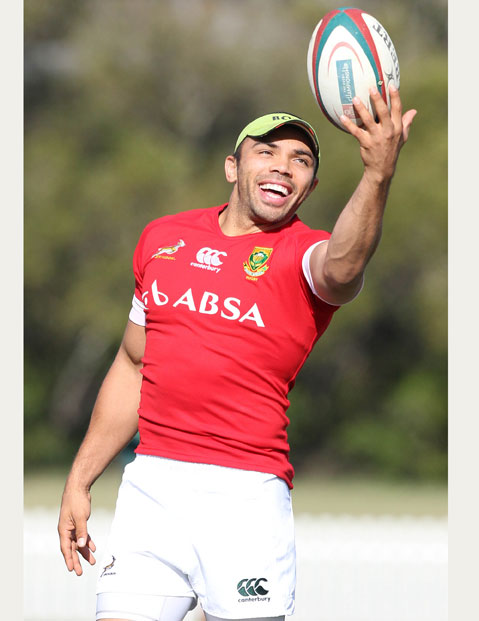 Habana, who will play his 92nd Test at Ellis Park this afternoon, was responding to all the hype over the Rugby Championship decider. “It will be a massive game, no doubt about it, but whether it’s bigger than any game we’ve played is debatable,” said Habana this week.

“The British and Irish Lions decider (the second Test at Loftus) in 2009 was also big, while the Tri-Nations decider in 2009, which we won, was also massive.”

While there remains pressure on the Boks to score four tries and deny the men in black any whatsoever, the kicking game has received a lot of focus this week as the ancient rivalry is rekindled.

“Make no mistake, guys like All Black fullback Israel Dagg and flyhalf Aaron Cruden are excellent at the kicking game and they also play the counter very well,” said Habana.

“Our attacking mindset – and especially our defensive mindset – will have be right up there. They are very good at creating space, exploring it and pouncing on defensive errors.”

While the issue of cards in the course of the game could turn it pear-shaped by losing a player to the bin, Habana reiterated that all 15 players have to remain on the field to make a contest of it.

“There’s no doubt the discipline has to be right up there,” said the Bok record try-scorer. “There have been far too many incidents of late for what we are trying to achieve.

“We’ll have to execute our plan, do us proud and also our country, which has made Ellis Park a special place ever since the ’95 World Cup final.” Habana, who first made his step into the limelight starring at centre for the Lions in 2003, said Ellis Park will be a massive occasion.

“I wasn’t only brought up in Joburg, but I started my senior provincial career there. Ellis Park will be massive on the day.” “We have an opportunity,” he said.