The current below-par displays by the Lions are unfortunately reflected in their fourth-place status on the Absa Currie Cup log. 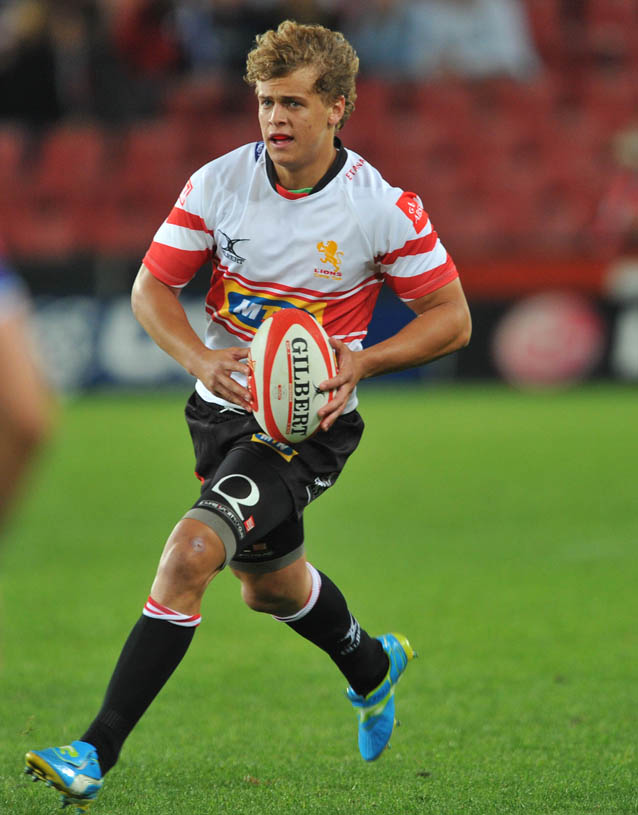 While coach Johan Ackermann said yesterday that one or two results – accompanied by debatable decisions – could have gone the other way, they know where they are falling short.

“If your defence is not up to it, you don’t deserve to be higher on the log, and while I’m happy with how we are playing, we require an collective 80 minute effort,” he said, referring to their first-half deficiencies in particular.

Now seen as the new midfield saviour, Andries Coetzee, right, has been marked to solve a big headache for Ackermann. In one of eight changes to the side to face Griquas at Ellis Park tomorrow, Coetzee has been moved from the wing to partner Lionel Mapoe at centre.

After injuries to Dylan des Fountain, JP du Plessis and Robert de Bruyn, the Lions’ midfield resources have been running low, but Ackermann could still call on Lionel Cronje, who is set to join the Cheetahs, from the bench.

“Andries showed that he is an excellent attacking player and I saw last weekend how the 12 channel is being targeted,” said Ackermann. “He played there in his Under-19 days, before he was moved to flyhalf, but I have discussed it with him and he has all the attributes for a successful transition.”

Ackermann has also changed his entire front row in a rotational move, and Springbok lock Franco van der Merwe makes a return to the side. With one eye on a possible semifinal next weekend, the coach also decided to rest tighthead Ruan Dreyer and flank Jaco Kriel.

“Ruan’s body is quite sore and Jaco is struggling. I want to have them fresh for a possible semifinal, although I don’t want to look too far ahead,” said Ackermann.

With CJ van der Linde still struggling with a calf injury, Bees Roux returns to the bench, while, at hooker, Willie Wepener starts ahead of Robbie Coetzee who has played the majority of the games.