Blue Bulls coach Pine Pienaar maintained this week that where there is a will, there is a way. 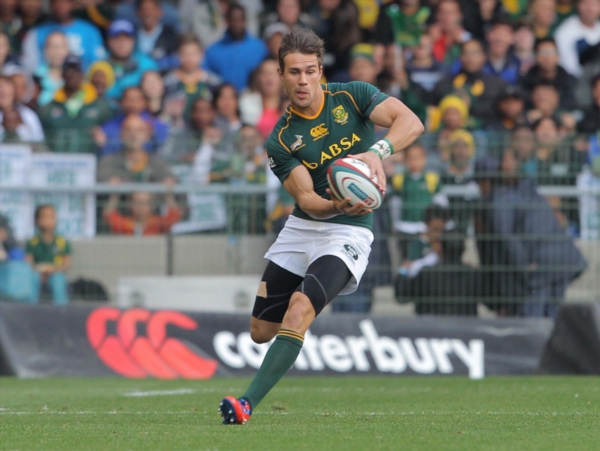 JJ Engelbrecht of the Springbok during the Castle Rugby Championship match between South Africa and Australia at DHL Newlands Stadium on September 28, 2013 in Cape Town, South Africa. (Photo by Carl Fourie/Gallo Images)

Sneaking into the Currie Cup playoffs at the expense of the Cheetahs in Bloemfontein today will require a mammoth effort … if not a near- impossible one. But then the Bulls have always had a mental edge over the Cheetahs, the one team they have almost always maintained a successful record against.

“We are still in with a chance.It’s a slim one, but it’s much better than to be in a situation where we had no chance at all,” was the positive message conveyed by Pienaar this week.

In a nutshell, the inexperienced Blue Bulls will need to score at least four tries, win the game and prevent the Cheetahs losing by less than eight points or scoring four tries.

The return of Bok midfielders Jan Serfontein and JJ Engelbrecht would have installed huge confidence at Loftus, but with Flip van der Merwe, their only returning Bok forward, out injured, they will find the going tough.

Especially as the scrums and lately the lineouts have emerged as their Achilles heel.

A desperate Blue Bulls side in the final game before the play-offs could be a tough nut to crack, but the men in blue simply didn’t give the impression throughout the campaign that they were playoff material.

While the Cheetahs have been boosted with the return of the brilliant Johan Goosen on the bench, they can’t wait for the last 20 minutes, but it’s rather the return of their two Boks in prop Coenie Oosthuizen and hooker, captain Adriaan Strauss, who could tilt the scales in their direction.

Coach Naka Drotske has come up short too often against the men in blue to take their challenge lightly. “I think there are two areas where we have to succeed if we want to pull this one off,” said the former Bok hooker.

“We’ll have to stop their momentum and especially stop their drives.”