As a scavenger of any loose ball on the deck, Western Province flank Deon Fourie is in a good position to judge just how good Duane Vermeulen, was last week. 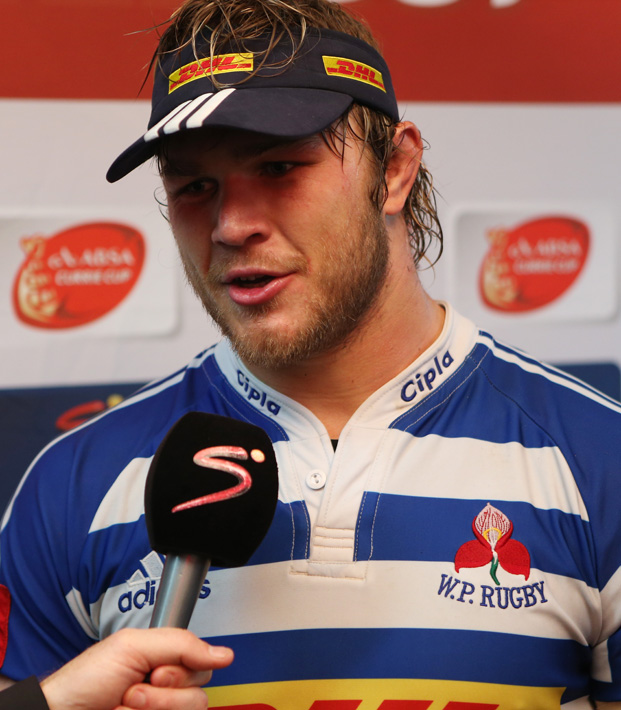 The Springbok No 8 received high praise from Fourie, who is set to retain the captaincy today ahead of Jean de Villiers for the home Currie Cup semifinal against the Lions at Newlands on Saturday.

The grinding 17-13 win last weekend over the Sharks in Durban ensured Province stayed on top of the log and also retained their unbeaten run. “I think Duane showed his class,” said Fourie. “The conditions were tough, but we did well under pressure. It was a big result. We went there on a mission and hopefully we can retain the cup this year.”

Vermeulen, Fourie and lock De Kock Steenkamp all sat out training earlier this week, but that was part of managing the players’ workload, according to Province coach Allister Coetzee, and “manly just bumps and bruises”.

But centre Juan de Jongh, whose hamstring forced him out last weekend, is still only about 50/50, said Coetzee. So De Villiers could return to outside centre with Damian de Allende set to continue at No 12.

The coach said the players needed to be fresh this weekend after a long season and a superb effort in Durban.

“Look at a young front row like Steven Kitshoff,” said Coetzee. “He’s been outstanding throughout the season with his accuracy. Hooker Scarra Ntubeni might be diminutive but he’s unbelievably accurate and is emotionally so mature, while tighthead prop Pat Cilliers was outstanding, as were those who came on to replace them.”