Brits inks in his intentions

When Lions super-sub Willie Britz took to the field last weekend, he had the word "faith" written on a bandage on his right upper leg with an arrow pointing forward. 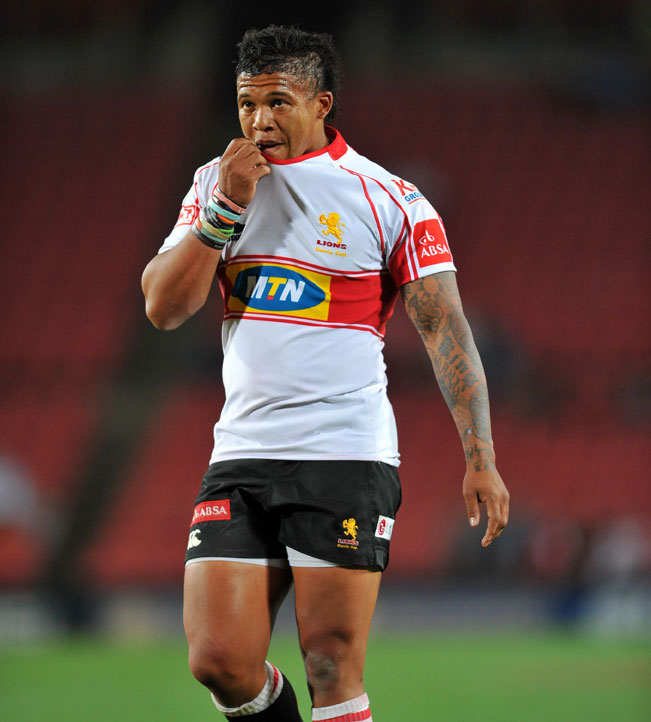 And that is exactly what coach Johan Ackermann would have drilled into his team before the countdown to the Western Province Currie Cup semifinal at Newlands on Saturday.

Britz, the enthusiastic flank-cum-lock, is becoming something of a crowd favourite with his bushy hair personifying a typical lion, and while he only took the field against Griquas in the 70th minute, he scored the match-winning try eight minutes later.

And even though Province haven’t lost at Newlands in this year’s Currie Cup, the Lions pushed them very close at the same venue just three weeks ago.

“We’ve had some tough away venues this year, like against the Kings in Port Elizabeth and the Pumas in Nelspruit in the Vodacom Cup Final, so we’re becoming used to it,” said Ackermann.

While flyhalf Elton Jantjies, above, (ankle) and scrumhalf Michael Bondesio (leg) could make the cut after being regarded as doubtful, Ackermann’s bench and the start to the game, will be crucial.

The Lions coach indicated that they were not going to Newlands to lose, even though they had a huge respect for the amount of experience Province have.

“Western Province have a team full of wonderful Springboks, but we are looking forward to the challenge,” said Ackermann. While the Lions have scored the most tries in the competition, they have also conceded the second most after Griquas.