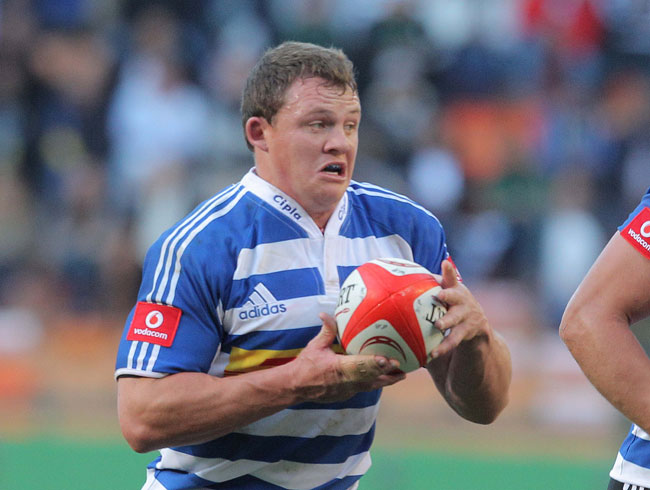 Deon Fourie has been retained as Western Province skipper ahead of Springbok captain Jean de Villiers for their Currie Cup semifinal against the Lions on Saturday. Picture: Gallo Images.

That honour will remain the task of diminutive flanker Deon Fourie, but the decision was taken in the interests of the team, said coach Allister Coetzee. “We don’t see the captaincy issue as a conundrum but a bonus that we have the national captain in our side as well,” he said.

“One must decide on the team firstly and Deon has earned his place in the team and has led the team really well up to now.” Fourie is privileged to have three former Province skippers alongside him to guide him through the expected tough encounter.

“We have sufficient leaders in our squad, which is so necessary in playoff matches, players like Schalk Burger, Duane Vermeulen and Jean to help Deon,” said Coetzee. In the only change to the side who beat the Sharks last weekend, De Villiers replaces Michael van der Spuy, who drops out of the squad, at outside centre.

Centre Juan de Jongh has passed a fitness test on his hamstring injury and takes De Villiers’ spot on the bench. “To underestimate the Lions would be the biggest mistake ever,” said Coetzee. “This Lions team know how to win.

“They played poorly and still won against Griquas last weekend.” Coetzee said they noticed how the Lions came from behind and in the second half, they’ve been the side that up the intensity and put a lot of teams under pressure.

“So I’m under no illusions that we have to be careful and not underestimate the Lions.” On the bench, Michael Rhodes, who will cover lock and flank, retains his place ahead of Rynhardt Elstadt.