It's not a case of just turning up. Like the near gale-force winds that swept through the Mother City yesterday, Western Province will attempt to blow the Lions away here at a jam-packed Newlands this afternoon. 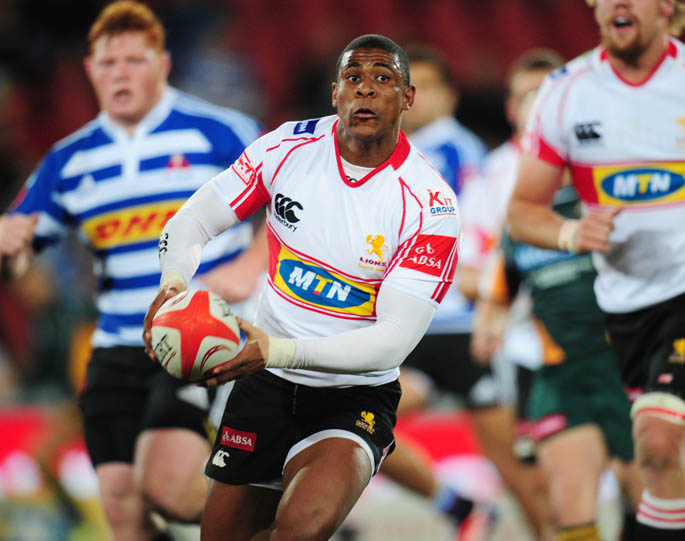 Anthony Volmink of the Lions during the Absa Currie Cup rugby match between the Lions and Western Province at Ellis Park, Johannesburg, on 30 August 2013 ©Gavin Barker/BackpagePix

With a team loaded with Springboks and Province seemingly unstoppable on their way to hosting their first final next weekend in 12 years, it’s not likely they will throw caution to the wind.

Will Cheslin Kolbe and Gio Aplon break the Lions backs, or will Anthony Volmink shine?

“But the reality is that without a win in the semifinal against a very good Lions side, there simply won’t be a next weekend or a home final.”

Just about everything favours Province – they have a host of Springboks back, they are unbeaten, they are the current champions and, above all, they are playing at home.

With pillars in place like Steven Kitshoff at prop, Eben Etzebeth at lock and Duane Vermeulen at No 8, Province indeed look like an immovable mountain. But the unpredictability of the Lions does create a certain amount of uncertainty.

The Lions will also be pumped up by the return of flyhalf Elton Jantjies who has a big point to prove after his unsuccessful stint with the Stormers in Super Rugby.

One of Province’s success stories however has been to play without the ball in the right areas of the field, while the leadership of national skipper Jean de Villiers will greatly assist today’s skipper Deon Fourie.

“The return of the Boks obviously means a great deal to the team and to me personally,” said Fourie.

“But we are always looking at improvement; not to play as individuals but as a team,” he stressed.

The predicted final next weekend at Newlands between Province and the Sharks is definitely on the cards.

But the Lions and the Cheetahs might just make them work very hard for it today in Cape Town and Durban.