Fourie yet to be cleared for final

Big Rynhardt Elstadt has been placed on standby by Western Province for Saturday's Currie Cup final against the Sharks at Newlands. 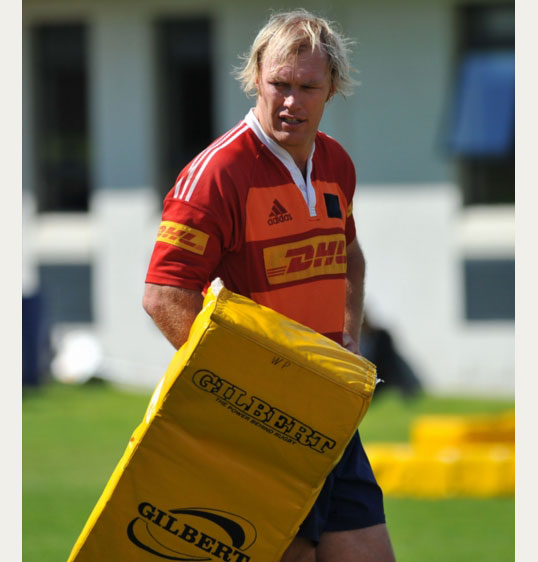 Even though coach Allister Coetzee named an unchanged line-up, there still appears to be doubt over skipper Deon Fourie’s neck muscle spasm.

Fourie, who will be given until tomorrow, sat out training yesterday alongside wing Gerhard van den Heever (muscle stiffness), but Coetzee seemed positive that both will be ready.

Elstadt will apparently slot into the starting line-up if Fourie is ruled out, with Coetzee preferring Schalk Burger to continue his impact role.

“Deon has shown drastic improvement – he will play,” was Coetzee’s determined message.

Springbok skipper Jean de Villiers will again serve as the team’s vice-captain, with the home team living the moment of featuring in a first home Currie Cup final.

De Villiers will play his 50th match for Province, while fellow Bok centre Juan de Jongh – the hero of last year’s final in Durban – has been named on the bench.

With an electric atmosphere sweeping the Mother City yesterday, the expectations on the Province squad are enormous and Coetzee must keep his players focused and relaxed.

WP Rugby said yesterday, following huge demand, that more tickets will be made available for public sale, once season ticket returns have been sorted out this afternoon.