The Springboks find themselves in a "Catch- 22" situation on the eve of their year-end tour, coach Heyneke Meyer has warned. 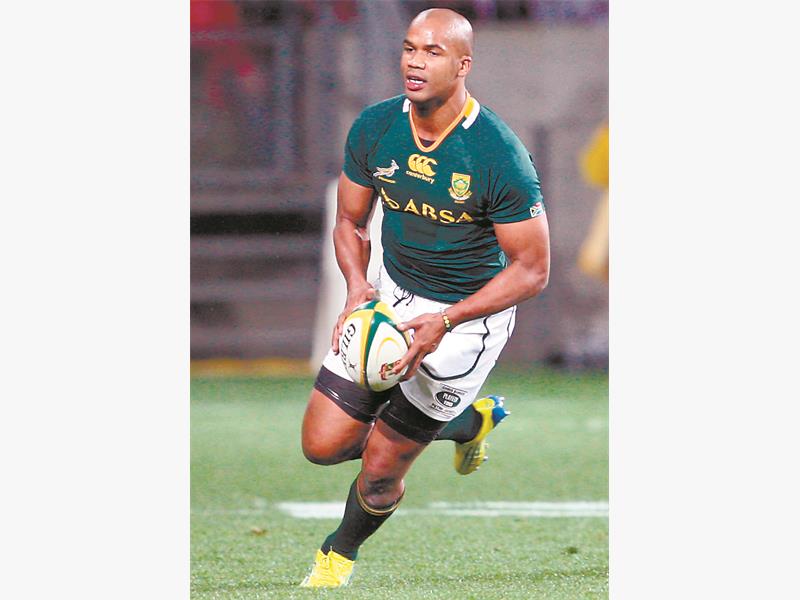 The Boks departed for England on Saturday evening and Meyer will announce his team on Wednesday for their clash against Wales this coming weekend.

“We want to stay positive and the intention is always there to score tries, while we also have our intentions of breeding new players for the 2015 World Cup in England,” said Meyer.

“But in a sense it’s a Catch-22 situation as we want to remain unbeaten on this tour, but if we don’t keep on winning I might not even make the World Cup,” he added, underlining the uncertainty of the sustainability of South African national coaches.

What is near certain, however, is that rookie lock Pieter-Steph du Toit is in line to make his debut while veterans Jaque Fourie and JP Pietersen, right, could make their big returns this weekend.

“Coaching is at times overrated and players like JJ (Engelbrecht) and Jan (Serfontein) could probably learn more from somebody like Jaque than from me,” said Meyer.

He warned that Wales could be a tough nut to crack in their opening game.

“Our last four games against Wales have been very close affairs,” he said.

Meyer had disappointing news for the supporters of flyhalf Johan Goosen, scrumhalf Louis Schreuder and hooker Scarra Ntubeni, as they are unlikely to get any game time on tour.

“It’s a learning experience for them and for somebody like Johan. He now has the opportunity to spend three-and-a-half weeks with the squad which he otherwise would not have had.”