Springbok flyhalf Morne Steyn faces a race against time to get fit for this Sunday's Test against Scotland at Murrayfield. 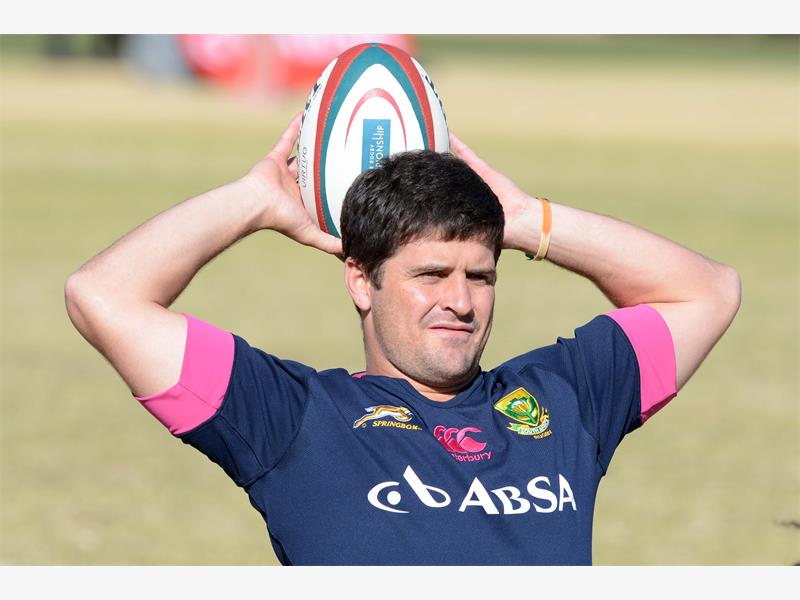 While it is a blessing in disguise that the Boks are enjoying a longer week with the team only being announced on Thursday instead of the accustomed Wednesdays, Steyn remains a real worry for coach Heyneke Meyer.

He kicked nine points in the 24-15 win over Wales in Cardiff last weekend before being replaced in the 17th minute by Sharks star Pat Lambie who switched from fullback.

“Morne is the only concern apart from the normal bumps and bruises we get after a tough Test match,” said team doctor Craig Roberts.

“We were monitoring him during the game and he was struggling to kick and run, so we made the call to take him off,” explained Roberts from Edinburgh yesterday.

“Have you ever tried to kick with a sore back on a slippery pitch?”

Roberts said Steyn picked up a back spasm during the warm-up before South Africa’s victory over Wales at the Millennium Stadium.

“Clinically it looks like a facet-joint irritation, which usually takes two to three days to settle.

“It’s already looking much better today and our physiotherapists will work hard to sort him out,” said Roberts.

While Meyer said there was a short turn-around of just five days after the Murrayfield Test before the French match, winning all three games on tour remained the target despite a mix-and-match combination for this weekend.

“Luckily we’ve got a long week to get him ready and we’re hoping to have Morne available for selection this weekend,” said Roberts.

“Based on how he’s responded so far, it’s looking good.”

If Meyer decides not to risk Steyn, young Johann Goosen could be added to the bench, even though Meyer said earlier he is unlikely to get game time on this tour.