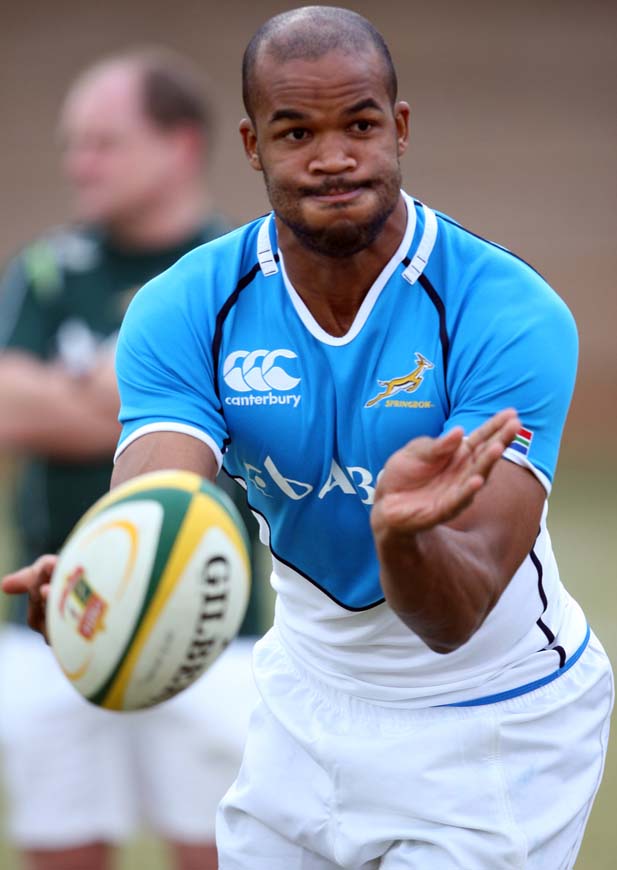 But coach Heyneke Meyer stuck to his word by naming rotational changes for Sunday’s Test against Scotland in Edinburgh.

In naming five changes yesterday to the team which beat Wales last weekend, Alberts (shoulder) has been paired with Siya Kolisi, while Steyn (back spasm) has been named on the bench, but the two will be given until tomorrow to prove their fitness.

At lock, veteran Bakkies Botha returns for the first time since the Rugby World Cup in New Zealand in 2011, while prop Gurthro Steenkamp and hooker Adriaan Strauss start, with Eben Etzebeth, Tendai Mtawarira and Bismarck du Plessis getting a break on the bench.

“We said from the start of the tour that we were going to make a few changes for this Test,” said Meyer.

In the backline, Willie le Roux takes over at fullback, with Pat Lambie starting at flyhalf. If Alberts is unfit to start, Kolisi will take his place on the side of the scrum.

Marcell Coetzee has been included on the bench in another rotational change with Kolisi, who will sit out if Alberts is passed fit.

“We need to keep players fresh and motivated. Willie and Pat both did well after we lost Morne last weekend and deserve another opportunity on Sunday,” said Meyer.

Wing JP Pietersen, above, is set to become the 28th player to reach the landmark 50 Springbok Test caps when he runs onto the Murrayfield pitch.

The 27-year-old Pietersen, who will return from Japan to Durban to play for the Sharks in Super Rugby next season, made his Test debut in 2006 against Australia at Ellis Park when he was only 20.

“This is a magnificent achievement for one of the many world-class wingers South African rugby has produced,” said Meyer.

Revealed: Springbok squad to play three Tests in UK
1 day ago
1 day ago

Revealed: Springbok squad to play three Tests in UK
1 day ago
1 day ago