Ace scrumhalf Fourie du Preez's sudden departure from the Springbok scene ahead of the crucial French Test was not an unexpected turn of events, said coach Heyneke Meyer. 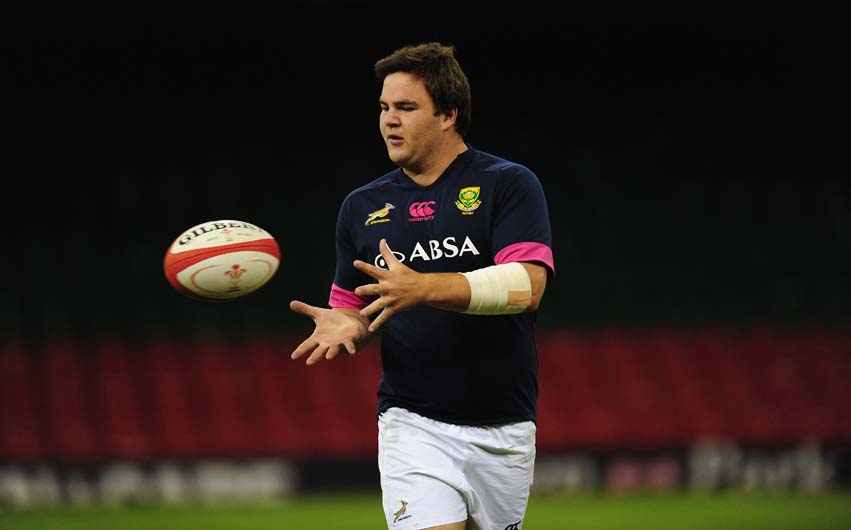 While Meyer didn’t share his knowledge publicly, he said he was always aware that Du Preez would only be available for Bok selection up to the Scotland Test on Sunday.

It is a big loss for the side while there are also big concerns over flankers Willem Alberts (shoulder), Francois Louw (neck) and prop Frans Malherbe (ribs).

Meyer said Alberts and Louw should recover in time but Malherbe is likely to be ruled out, which will surely bring Lourens Adriaanse into contention at long last.

Du Preez, who became a father shortly before the squad left South Africa, is replaced by Jano Vermaak, who was set to join the South African touring squad in Paris yesterday.

“Fourie will be sorely missed as he was Man-of-the-Match in two of the five Tests he played this season,” said Meyer.

“He really put his body on the line in the last fortnight, and we are very fortunate though to replace him with another world- class player in Ruan Pienaar.”

Du Preez said he was very grateful for the opportunity to play for the Springboks this year and he really enjoyed his time with the team.

“I’d like to thank everyone who made it possible, especially Saru, my family and my club,” he said.

“It was wonderful to be part of the team this year, to see how well they operate and to work with a group of committed players and management.”

Meyer said it was always part of the plans for Vermaak to join the team for the French week. “He needed game time and had stand-out performances for his club in the last couple of weeks.

“He has been part of the squad before and knows our plans and systems well. He will be used to the conditions in France and I am looking forward to working with him again.”