There's a much bigger prize at stake for the Springboks at Stade de France in Paris tomorrow than simply ending their poor run against Les Bleus on French soil. 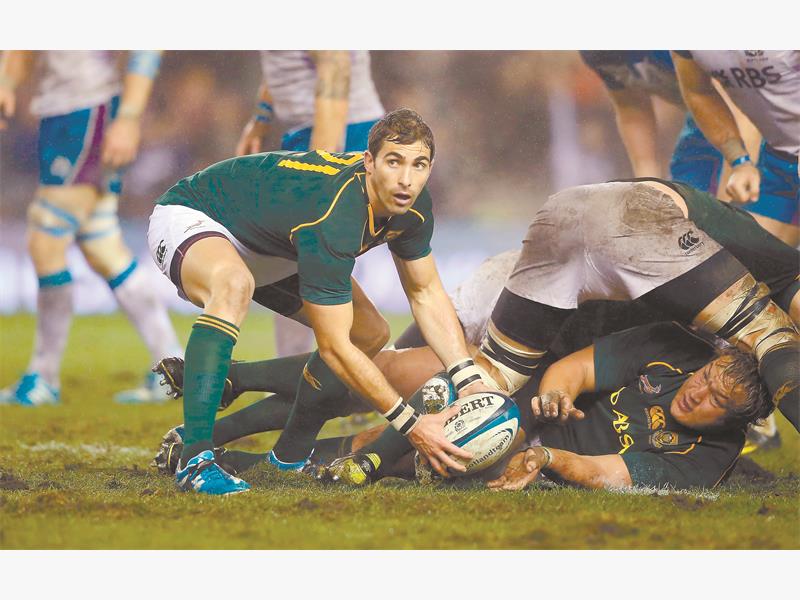 Much has been said about the Boks going down in their last four away outings against France, the last win coming in 1997. But coach Heyneke Meyer believes the Boks have been looking at the bigger picture.

They have won all three incoming Tests in June, four from six in the Rugby Championship, and two so far in their end-of-the-year tour, to give them a record of nine wins from 11 starts.

“I’m very happy with our consistency. To have an 80% winning record this year is awesome,” said Meyer.

In the first Test on the current tour, the Boks scored three tries in beating Wales 24-15 and four more against Scotland (28-0) last weekend. Although neither performance was flawless, they were done in conditions where they had always struggled in the past.

The biggest question mark however, is the performance of scrumhalf Ruan Pienaar while tighthead Coenie Oosthuizen is in for an acid test.

With 16 wins, five losses and two draws, in 23 Tests, Meyer has instilled a winning culture, but the All Blacks’ struggling 26-19 win over the French two weeks ago showed what the Boks could be in for against a hostile crowd and a pitch prone to breaking up.