Onyango to receive land and hero’s welcome in Uganda

Uganda’s football governing body, Fufa, have made plans to honour Onyango next month. 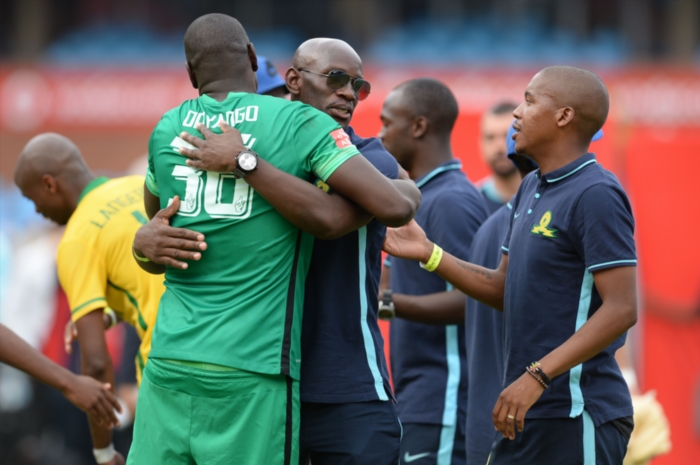 Dennis Onyango and Kennedy Mwenee during the Absa Premiership match between Mamelodi Sundowns and Orlando Pirates at Loftus Stadium on December 20, 2015 in Pretoria, South Africa. (Photo by Lefty Shivambu/Gallo Images)

Soccer fans in Uganda cannot wait for the next Fifa break, but it is not because their team will be hosting Congo-Brazzaville. It is because they want to meet their new hero, Mamelodi Sundowns goalkeeper Dennis Onyango.

The Cranes No. 1 was instrumental is Sundowns’ successful Caf Champions League campaign, and Uganda’s football governing body, Fufa, have made plans to honour Onyango next month.

“The federation president has promised to buy him a plot of land for having flown the Ugandan flag. He is the first player to win the Champions League. Onyango will be handed the title deed for his land on December 12 after our World Cup qualification game,” said Ugandan soccer journalist Steven Kagiri on Wednesday afternoon.

Kagiri said Onyango was all over the media in his home country, where his achievements are being hailed as an inspiration.

“Ugandans strongly believe that he will be named African Player of the Year, which would catapult the country’s name into a better status. He has made us all proud,” added the Kampala based Kagiri.