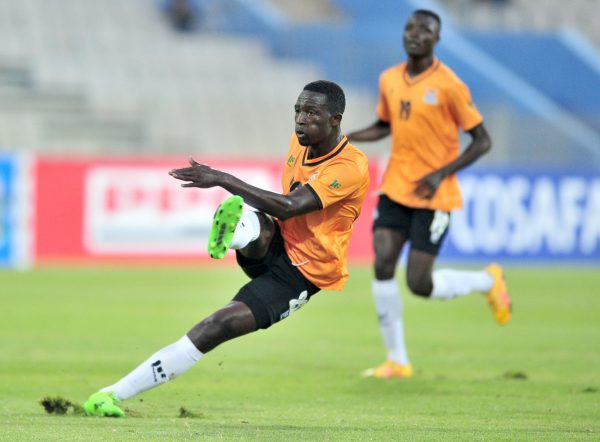 On Tuesday, Pirates chairman Irvin Khoza revealed to the media they had secured a replacement for former striker Tendai Ndoro, who left the club during the last transfer window to play in Saudi Arabia.

Now Bucs have announced the signing of the 20-year-old Zambian international.

Shonga said he wanted to emulate fellow Zambian players Perry Mutapa and Isaac Chansa, who made their names at the Buccaneers.

“I am happy to be here,” Shonga told the Pirates website.

“This is the right move for my career and my ambitions. I would like to emulate other Zambian players who have done well at the Club such as Perry Mutapa and Isaac Chansa.”

Formerly of Nkwazi FC, a club in the Zambian Premier League, Shonga has already represented the senior Zambian national team for their recent victory over Algeria in their 2018 Fifa World Cup qualifier.

Shonga scored three goals and helped Zambia knock out Bafana Bafana with a 4-2 aggregate scoreline in the the 2018 Chan qualifier last month.