SuperSport too hot for Chilli Boys

The win saw Matsatsantsa close the gap between them and second-placed Mamelodi Sundowns to one point. 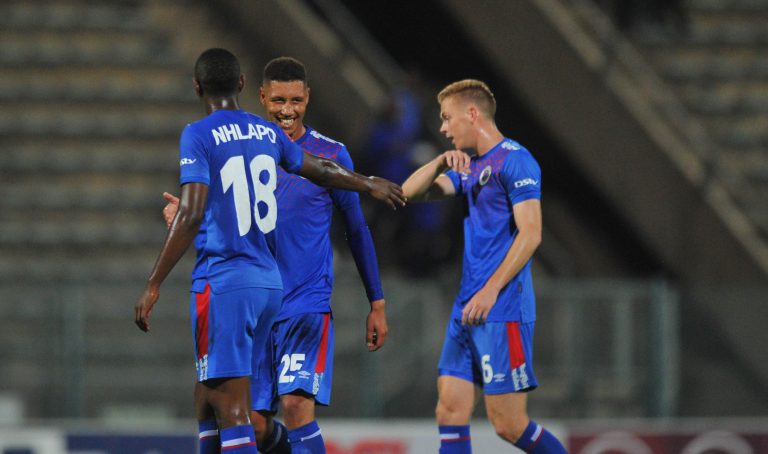 What began as a dull affair between SuperSport United and Chippa United ended up being a lively and entertaining Absa Premiership tie at the Lucas Masterpieces Moripe Stadium as the home side handed the Chilli Boys 3-0 drubbing.

The start of the encounter was characterized by poor decision making, sloppy passing and tactical caginess by both sides which saw most of the supporters choosing to rather fiddle with their smart phones or have a chat among each other.

Even super-fan and Bloemfontein Celtic faithful Botha Msila unusually sat down for most of the first stanza, abandoning his usual energetic persona.

In the 38th minute, thank heavens, the match received some injection when referee Cedrick Muvhali handed SuperSport a penalty. Striker Bradley Grobler stepped up to take the responsibility from 12 yards, making no mistake and scored on the eve of his 32nd birthday.

The sides came out as two new teams in the second half as both sets of players were full of energy and made a lot of entries into the opposition’s final third. Chippa came close to finding the back of the net in the 50th minute when striker Augustine Kwem was found by a Thabo Rakhale cross on the free-header. His attempt was good enough to beat Ronwen Williams but luckily for SuperSport, the ball shaved the crossbar and went into touch.

On the opposite end, Thamsanqa Gabuza had a similar header and he was located by Gamphani Lungu in the so-called ‘kitchen’. Gabuza’s header was one that did not lack power but goalkeeper Veli Mothwa was up to the task and easily palmed the ball to safety.

While the Chilli Boys’ captain could keep out Gabuza’s strike, he stood absolutely no chance against Grobler, who was afforded all the time in the world to release a shot on the edge of the box and Mothwa was caught flat-footed. As though that was enough, SuperSport United added a third in the most bizarre of ways.

Clayton Daniels played a high cross into the box and it looked as though his defensive partner, Luke Fleurs, was chasing a lost cause. However, Mothwa was beaten in the air and the ball crept into the back of the net.

Chippa had an opportunity to pull one through Boikanyo Komane who took a penalty before the final whistle but Williams was having none of it as he pulled a fine save to record his 116th clean-sheet for Matsatsantsa.

Kermit Erasmus scored the only goal of the game to take his personal tally up to nine for the league season.