Baroka FC captain Elvis Chipezeze has returned to training after recovering from a neck injury. The Zimbabwean was carried off the field on Sunday afternoon in their game against Maritzburg United after sustaining a muscle sprain during the game.

Chipezeze clashed with United striker Judas Moseamedi in the air when both of them went for the ball.

It was later revealed that the injury was not as serious as it was first thought.

The goalkeeper has given an update on his injury confirming he was back doing light training as they prepare for their clash against Highlands Park on Saturday afternoon.

“I would like to thank everyone for the messages you have sent. I am okay and see you soon. Hopefully I will feature on Saturday against Highlands Park,” said Chipezeze in a short video from the club where the keeper is seen on a bike at the club’s training grounds. 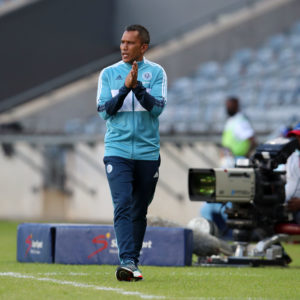