Orlando Pirates striker Justin Shonga has reportedly attracted interest from other teams and could be close to leaving the Soweto giants. 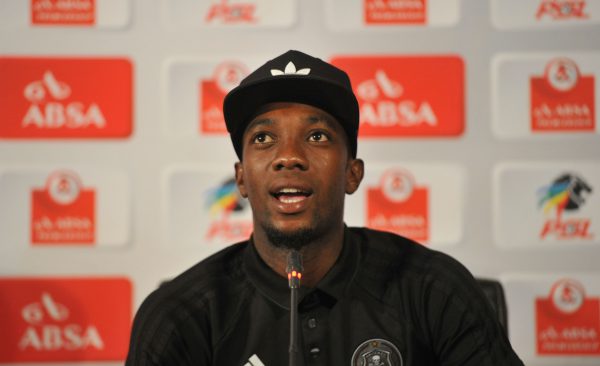 The striker has struggled to get regular game time since joining Pirates with fans booing him for missed chances.

According to SunSport, clubs in Turkey and Israel have asked about the Zambian international’s services.

“The one club that I know is Sporting Lisbon in Portugal and there’s also three unknown in Turkey,” a source is quoted as saying by SunSport.

“There’s also another one in Israel, but they didn’t mention the name of the club.”

Shonga’s agent Mike Ngobeni confirmed he was trying to get a club for the Zambian striker.

“I can confirm that yes we are working on something for him,” said Ngobeni.

“As you can see that he is not getting game time.

“But let me not give away much because I’m out of the country at the moment. We are busy.”