Jeremy Brockie's agent Mike Makaab has revealed that Mamelodi Sundowns have until this Sunday to exercise their option on the New Zealander's contract. 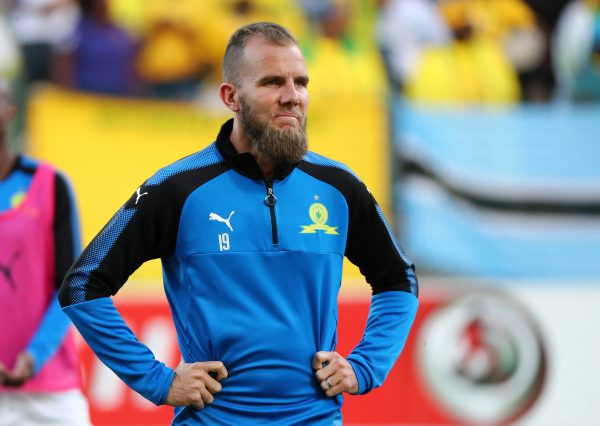 The 32-year-old’s current deal with the Brazilians is scheduled to expire next month but Sundowns have an option on the agreement.

READ: Sundowns set to strengthen frontline in next transfer window

“They’ve got until the end of the month. Sundowns haven’t exercised the option as yet but they do have until the end of May to exercise that option,” Makaab is quoted as saying by IOL Sport.

Makaab also revealed that Brockie has other options away from Sundowns.

“There are a number of clubs that are interested in his services. Jeremy is keen to do anything as long as he will get game time. At the moment that’s his priority – getting game time at a good environment,” said Makaab.

“He is a great professional. He takes great care of himself.

“He has been unfortunate but I have no doubt that he will get back on his feet again. He is working very hard behind the scenes during this lockdown so that by the time the PSL action resumes, he is ready to rediscover his goalscoring form. That’s what Jeremy is about,” added Makaab.

Brockie is currently on loan at Maritzburg United, where he was seconded to try to rediscover his goalscoring prowess. However, the New Zealand international has so far failed to rediscover the form that made him one of the most feared strikers in the PSL during his time with SuperSport United.