Tembo played under Mosimane at Matsatsantsa A Pitori and that’s where the mentorship started. 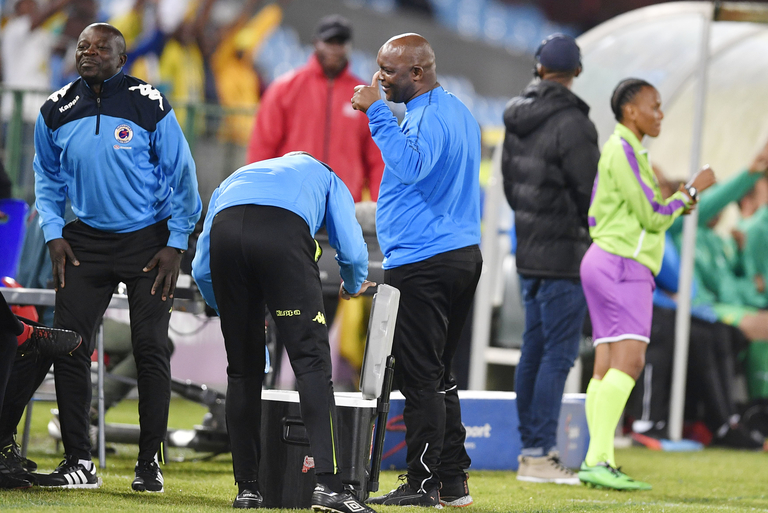 SuperSport United coach, Kaitano Tembo has revealed how Pitso Mosimane’s passion inspired him to also work hard and how the Mamelodi Sundowns mentor pushed him towards a coaching career.

Tembo played under Mosimane at Matsatsantsa A Pitori and that’s where the mentorship started.

Tembo said the day he saw Mosimane crying while he was an assistant at SuperSport because he wanted the team to continue with training after they had been disturbed, he knew he was destined for great things.

“He didn’t care who was seeing him. That’s how passionate he is,” Tembo told a South African Football Journalists (Safja) media conference this week.

“He inspired me. He is ambitious and he is one coach who always wants to win and would do anything to get what he wants. He is extremely hard working. He taught me how to analyse matches when I was still playing. He would call me and say ‘go and watch that match and report on that game, I need you to look out for one, two, three, four…’

“That’s how I learnt how to analyse the games. It made it easy for me to relay the message to the other players because he and (the late) Thomas Madigage would come to my place to talk football. They played a huge role in me becoming a coach. They started preparing me while I was still playing,” said Tembo.

The 49-year-old mentor said he understands why some people have misguided views on Mosimane. “He is one person I will always support. I know he is misunderstood at times because he is ambitious and wants to achieve things and am not surprised at where he is now because I saw it coming.

“I remember when he was an assistant coach to Bruce (Grobelaar) and the managers came to address us and they took long to come and we had already started training when they spoke to us. After the bosses had addressed us, Bruce wanted to cancel training but Pitso cried there and there and insisted we continue with training. For him it became so personal… that’s why some players don’t last with him because if you are not committed you have no chance, you can’t work with him. That’s how he is.

“He cried, but don’t say it hey. But it is something positive because I saw someone who will go far. He didn’t care who was watching, all he was concerned about was that we were in the relegation zone and wanted us to put more effort in training.”