Pirates have some excellent attacking options that could help them bang in the goals in the season finale. Orlando Pirates have an outside shot at the league title when the Absa Premiership season resumes, though they have some daunting fixtures ahead, and will need their key players to be on top of their game to get positive results.

It all starts with an exciting clash against Mamelodi Sundowns on August 11, before a meeting with Bidvest Wits five days later.

They then take on Baroka FC  on the 18th, before going on to face off with Cape Town City, SuperSport United and Maritzburg United, ending the campaign against Stellenbosch FC.

Today, we look at five players who can step up for the Buccaneers and lift the team to the highest level in their remaining games. Pirates are currently fourth in the standings eight points behind leaders Kaizer Chiefs, though the Buccaneers have played a game more than Amakhosi. The Malawian international has proved himself worthy at Pirates this season with 14 league goals to his name. He is currently the Absa Premiership’s top scorer, his running off the ball is superb and he is also able to create chances for his teammates. Mhango is a clinical goal-poacher and the leading front man for Bucs, who could be the main man if they are to mount a late title charge. There have been a few games where Motshwari wasn’t part of the team because of injury or suspension and the void was clearly seen. The former Bidvest Wits midfielder has taken the role of the central midfielder, with his defensive ability and attacking prowess always on  point. He plays as a box-to-box midfielder and gives you more than 100 percent commitment throughout the game. He is a very important player in Josef Zinnbauer’s team, and it was great to see him make a speedy recovery after testing positive for COVID-19. We all know the impact of Lorch’s presence in the Bucs squad and his potential, but the winger sometimes tends to lose a bit of focus, as he did at the start of this season when rumours of a move to Europe were swirling around. There is no doubt that Lorch is one of the best players at Pirates and can win you a match on a good day. The Bafana Bafana winger will have to remain on top of his game to get Pirates through their games. His silky touches, assists and an eye for goal will be vital for the Soweto giants. The Pirates rearguard hasn’t been one of the best in the last couple of years, but they did wake up a little just before the season was stopped due to the coronavirus. As a centre back and captain of the team, Jele’s role in the team is one of the most important. He is undoubtedly the most experienced player who has been playing regularly in the team. He is also another player who will need to be on top of his game  for the better of the team. He has proved to be reliable most of the time and also has a knack for goals when he pushes up for set-pieces. 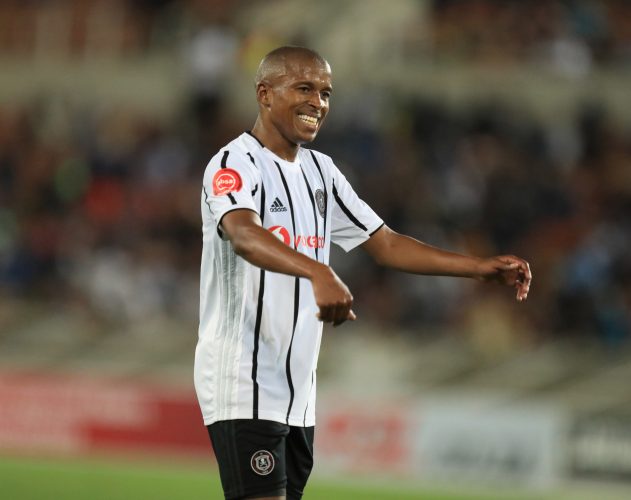 Having found it hard break into the team during Rulani Mokwena’s stint as interim-coach, Memela has revived his career at Bucs with the arrival of  Zinnbauer and has put in some good performances for the team. Like Lorch, the winger also has a knack for goals and puts in a very good shift, providing some brilliant crosses. His pace is one of his strongest elements in his game, which makes it easy for him to beat defenders. A 100 percent fit Memela can win you games and he will certainly be looking for game time as the league resumes.