Newly-signed Cape Town Spurs striker Lerato Manzini has revealed why it took long for him to sign for a new club after he was released by Chippa United in December last year. 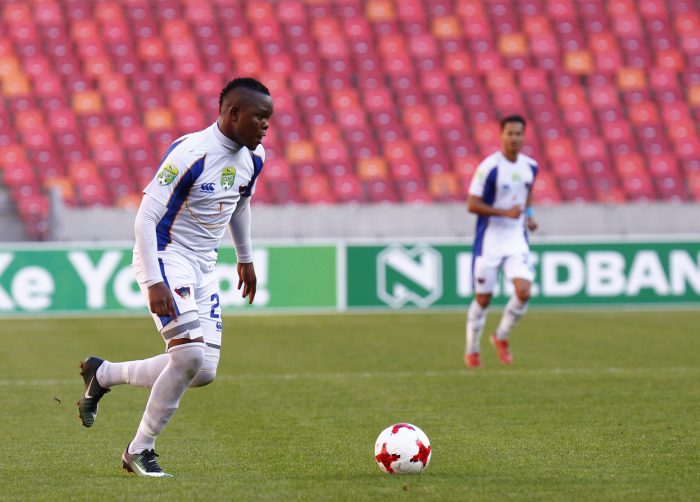 Manzini joined the GladAfrica Championship side over the weekend as they hope to fight for promotion to the top tier of South African football.

READ: Bhengu released by Swallows, says coach told him management didn’t like him

Formerly known as Ajax Cape Town, the Mother City club was forced to detach from the Ajax name following Ajax Amsterdam’s decision to cut ties with the Cape Town-based franchise.

After joining Spurs, Manzini revealed that he lost out on joining a club in January because Chippa made him wait for his clearance.

“I only got my clearance last week (a week before he joins Spurs) but I asked for this since January,” Manzini revealed in an interview on Lesedi FM.

“I have gone to a few places to try and get help so I could get my clearance earlier. I lost out on joining a club in January because I didn’t have my clearance from Chippa.”

Manzini added that his exit from the Chilli Boys was prompted by the club’s failure to pay players’ salaries.

The 29-year-old striker claims the high-earning players in the team were told they would be subjected to salary cuts towards the end of 2019 but he asked for his not to be cut and was subsequently released from the team, with the club as he was not in the coach’s plans.