Ncikazi says he anticipated Bucs to come out with guns blazing in their quest for maximum points with strong attacks on their wings. 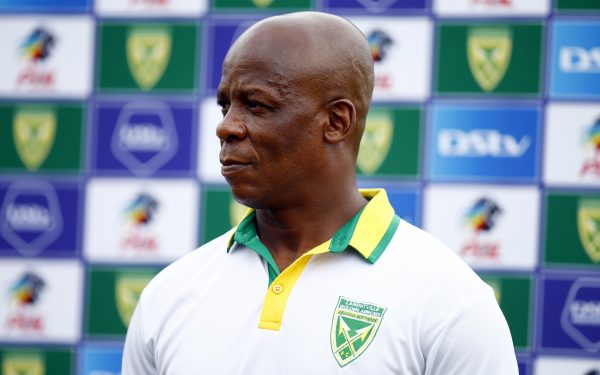 Golden Arrows coach Mandla Ncikazi admitted that they knew what was to come from Orlando Pirates following the sides goalless stalemate in a league tie at the Orlando Stadium last Wednesday.

With the Buccaneers having lost their previous game, Ncikazi says he anticipated Bucs to come out with guns blazing in their quest for maximum points with strong attacks on their wings.

Pirates did pull off some scary moments for the KwaZulu-Natal outfit, especially with Thembinkosi Lorch’s header which unfortunately hit the upright.

“Tough match as expected, Pirates are not an easy team, this is a big team. Coming from a loss from a previous match we expected such a tough match. We wanted to defend well but have the ability to come out and try to impose when we had the ball,” said Ncikazi after the match.

“But I felt that first half we had a challenge on our right hand side, Pirates’ left side where they were overloading with Bongani Sam and Vincent Pule. We had to sort it out at half time, fortunately they didn’t score from those situations.”

Arrows, meanwhile, also got some goal scoring opportunities which they also didn’t utilise.

This was the first game this season that the KZN outfit had failed to score a goal.

The Arrows coach added that there is still some areas that they are lacking on, but at the end of the day he will gladly take the point earned from playing against the Soweto outfit.

“We are still lacking in the final third, possession, breaking the line and getting behind the defense and scoring. But having said that, we were playing Orlando Pirates here, not just any team. I’m just happy that we got a point, although we wanted all the points.”

Ncikazi’s Arrows have played 11 games in the league so far and they haven’t lost a game. They have been able to record four wins and seven draws and are sitting in position four on the log with 19 points.

Arrows have another tough encounter coming up over the weekend. They face Cape Town City away from home on Sunday.