'We know we don’t have a star on our badge, and it could be the best present to our chairman if we can win this competition,' said the Kaizer Chiefs goalkeeper. 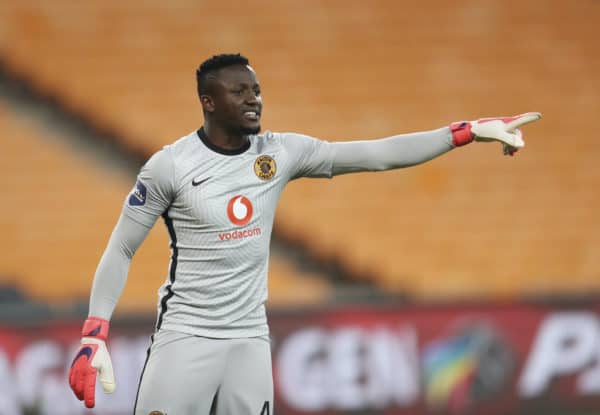 The slogan of the Kaizer Chiefs kit sponsors, Nike puts it simply: Just do it. And that seems to be the thinking in the Chiefs camp ahead of their titanic Caf Champions League semifinal match against Wydad Athletic on Saturday.

Amakhosi are expected to depart for Morocco on Wednesday, with the game set for Stade Mohammed V Stadium at 9pm on Saturday. Goalkeeper Bruce Bvuma says a team of Chiefs stature should be playing such competitions every season.

“A club like Kaizer Chiefs should be playing at this level every season, we know we don’t have a star on our badge, and it could be the best present to our chairman if we can win this competition,” said Bvuma.

“Looking at the season we have just had (domestically), this can also redeem our supporters and make them happy again,” added the Bafana Bafana keeper. Amakhosi had a horrible season in their local campaign and only just made the top eight in the DStv Premiership.

That saw head coach Gavin Hunt sacked, with Stuart Baxter coming in to replace him, though he will not be on the bench in Casablanca, as he waits for his work permit. Arthur Zwane and Dillon Sheppard will continue to lead Kaizer Chiefs from the touchline, though Baxter is travelling with the squad to Morocco.

If domestically Amakhosi have been sleepy cats, meanwhile, in the Champions League, the Naturena side becomes an angry and injured tiger, hell-bent on revenge. Bvuma says they want to come back with a at least one away goal when they return from Morocco.

“Going into the semi finals, as a team we are happy, and I believe we are well prepared. As a team what we are aiming for is to get a goal or two… get something out of it and then we can take from there.”

While Amakhosi’s domestic campaign ended well over a week ago, Wydad are still active in their league. Could this be an advantage to the home side? Not according to Bvuma.

“For me, it’s 50-50… because on our side I can say we are well rested. Yes, gamewise we last played a week ago, but we have had a week to prepare for this one. Mentally I feel like we are fresh. Physically also. Yes, they have been playing, which is good for them, but for me it’s 50-50 because they could be fatigued.”