'The Eastern Cape as a region is where so many fantastic sportsmen and women hail from and this area certainly deserves a successful football club that the locals can be proud of,' said the new Chippa head coach. 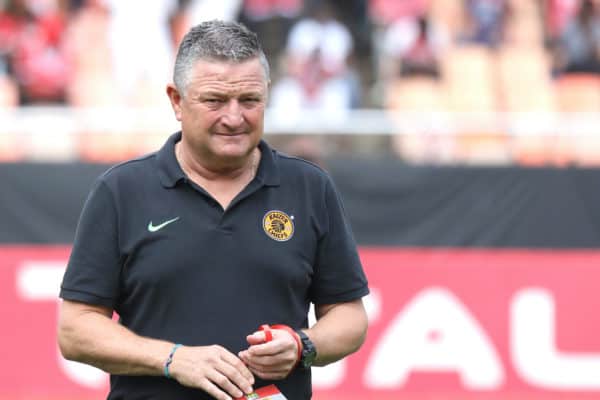 Chippa United head coach Gavin Hunt is excited at the prospect of working in the Eastern Cape after being given the opportunity to take over at the Chilli Boys.

Hunt was unveiled as Chippa coach on Wednesday, returning to top flight football after being sacked by Kaizer Chiefs at the end of May.

‘I see this as a massive challenge and one that really excites me,’ said Hunt.

‘The Eastern Cape as a region is where so many fantastic sportsmen and women hail from and this area certainly deserves a successful football club that the locals can be proud of.

‘The facilities here are outstanding and the passion of the people, both in the province and at the club, is amazing. I can’t wait to start working again.’

Hunt will, however, have to go against the tide if he is to survive the season at Chippa, with the club sacking coaches with unerring regularity over the years.

Chippa have had 13 coaches in the last five years, with Vladislav Heric sacked with just two games to go in the regular season. The Chilli Boys finished 15th in the DStv Premiership, and played in the disrupted proimotion/relegation play-offs, but are set to play again in the top flight next season.

Hunt has bags of experience to call on in the Premiership, having previously taken up the reins at Hellenic, Black Leopards, Moroka Swallows, SuperSport United, Bidvest Wits and Kaizer Chiefs in the Premier Soccer League era.