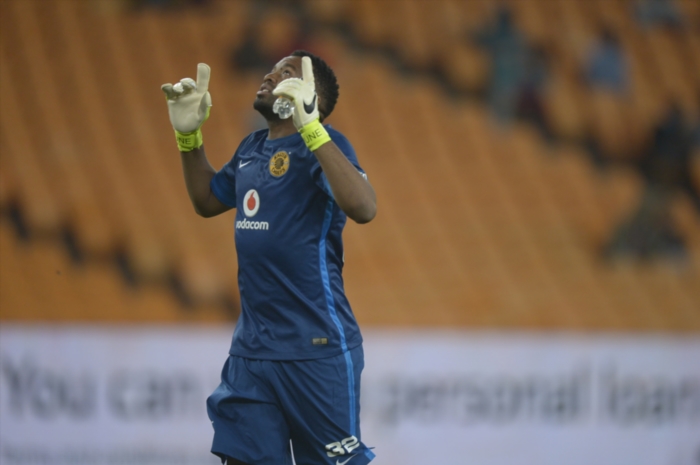 Itumeleng Khune of Kaizer Chiefs during the Absa Premiership match between Kaizer Chiefs and Jomo Cosmos at FNB Stadium on March 15, 2016 in Soweto, South Africa. (Photo by Sydney Seshibedi/Gallo Images)

“We all have to take the responsibility, because we have put ourselves under this situation and we have to get ourselves out of it. Obviously fans will say the coach must go, they can’t say all the players must go because the won’t be Kaizer Chiefs without players. Its about about time we all come to the party as players and start protecting our coach. Because he is one of the best coaches in the country and he is coaching the best team in the country. So we as players need to apply ourselves in our next matches and play for the coach,” said Khune.

Khune was disappointed after the match, with the team once again failing to get the back of the net, besides numerous chances they created the whole game, until a Mxolisi Macuphu strike in the 85th minute snatched away all three points from Amakhosi.

“Football is a cruel game, we played the entire 90 minutes, created many chances, we didn’t take them. They got one one chance and they scored, it is sad how things are going on for us, but we will keep on soldiering on,” said the Chiefs shot-stopper.

However, Khune believes there is still a lot more to play for this season. And they will now focus on doing well in their next fixtures which will build the team up for the next season.

“We have a good team, but now torwards the end of the season we need mental strength with the way things are going on for us. We want to make things go well so that we can finish the season on high, there is still the Q-Innovation to play for. And if we can get that we will start the next season on a high,” he added.

“The mood is okay, we are working hard, we respect one another, you can see with our play that we are a team. We are a team that plays good football and dominates all the games we have been playing. Like I said, we just can’t get goals and we need to turn things around by winning games. And in order to do that we have to score goals and keep it clean at the back.”