It has been a difficult first season in charge of Kaizer Chiefs for Steve Komphela whose team's performances have been like a scratched CD. 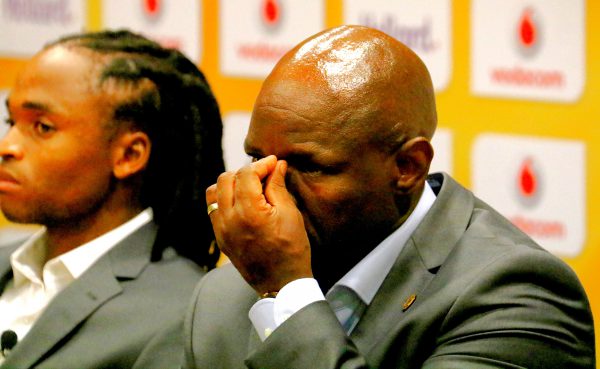 Amakhosi have played well and created scoring opportunities, but failed to take them.

It was the same story again on Saturday night as Chiefs drew 0-0 with Ajax Cape Town in an Absa Premiership match at FNB Stadium.

And Komphela said he feels he is running out of words to explain his team’s failure to score.

“If you were to go back and pull any clip where you have covered our match, any post-match, you’ll find that this coach says the same thing. This coach has probably run out of a vocabulary,” Komphela said after the Ajax game.

“We still had those chances, there were one-on-ones we had, a number of chances, but again, you go back and pull any clip of any post-match interview with a Chiefs coach you’ll find the same statement – it’s getting boring.

“Ajax defended with lots of energy, they were willing to put their bodies on the line, but we had our chances, we managed to breach them several times, we went through the middle, we managed to go wide, any third entries you make in any team environment we did today,” explained an exasperated Komphela.

Komphela’s team are now fourth in the Premiership with 41 points from 25 games, and trail leaders Mamelodi Sundowns by a massive 17 points.

Chiefs, who last won a match on February 20, had a few chances but a combination of good goalkeeping by Anssi Jaakkola and poor finishing by strikers Siphiwe Tshabalala, Bernard Parker and William Twala meant the Glamour Boys share the spoils yet again.

In their previous game Chiefs drew 2-2 with MP Black Aces, and Komphela was happy that they had managed to score twice, and hoped for a few goals against the Urban Warriors.

“Did we get in touch with the keeper? Yes we did. Did we get an opportunity to put the ball at the back of the net? Yes. Did we? No.”