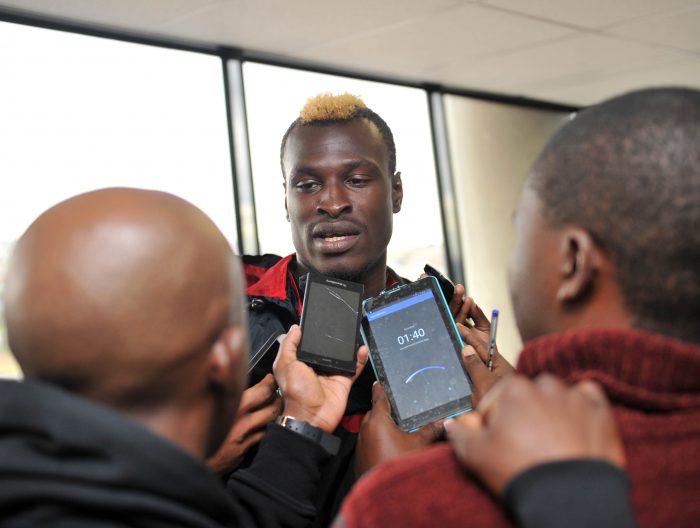 The Buccaneers and Downs meet up in the Nedbank Cup quarterfinal clash at the Lucas Moripe Stadium on Saturday.

“People will see a very different Pirates team on Saturday. Our performance in the last couple of games has been very good, so there won’t be any need for us to treat this game differently,” said Gyimah.

“It is a very important game for us as it is important for Mamelodi Sundowns and I’m certain it will a be very interesting. I don’t see any pressure on us. We are just going to do what we have been doing in our past few games in the Absa Premiership.”

The Buccaneers have already gone down twice to Sundowns in the league this season losing 2-0 and 2-1 in the first and second round respectively. However, the Pirates defender is confident that his side will emerge victorious.

Having already won the Nedbank with SuperSport United in 2012, Gyimah adds that it is vital for him to get some silverware on his first season with Pirates.

With Sundowns attacking trio of Leonardo Castro, Khama Billiat and Keagan Dolly on top of their game at Downs, Gyimah says he knows the quality of the Downs players, but he is not really worried about them.

“They are very good players with a lot of quality and they understand each other very well. So, for me personally, come Saturday, it will be a very different ball game for us. But we don’t worry about them, we just want to see ourselves improving in each and every game we play.”