Tinkler – Why Pirates battled earlier in the season

Orlando Pirates coach Eric Tinkler admitted that their failure to win the Caf Confederation Cup last year is one of the reasons why the club struggled to play their best football earlier in the season. 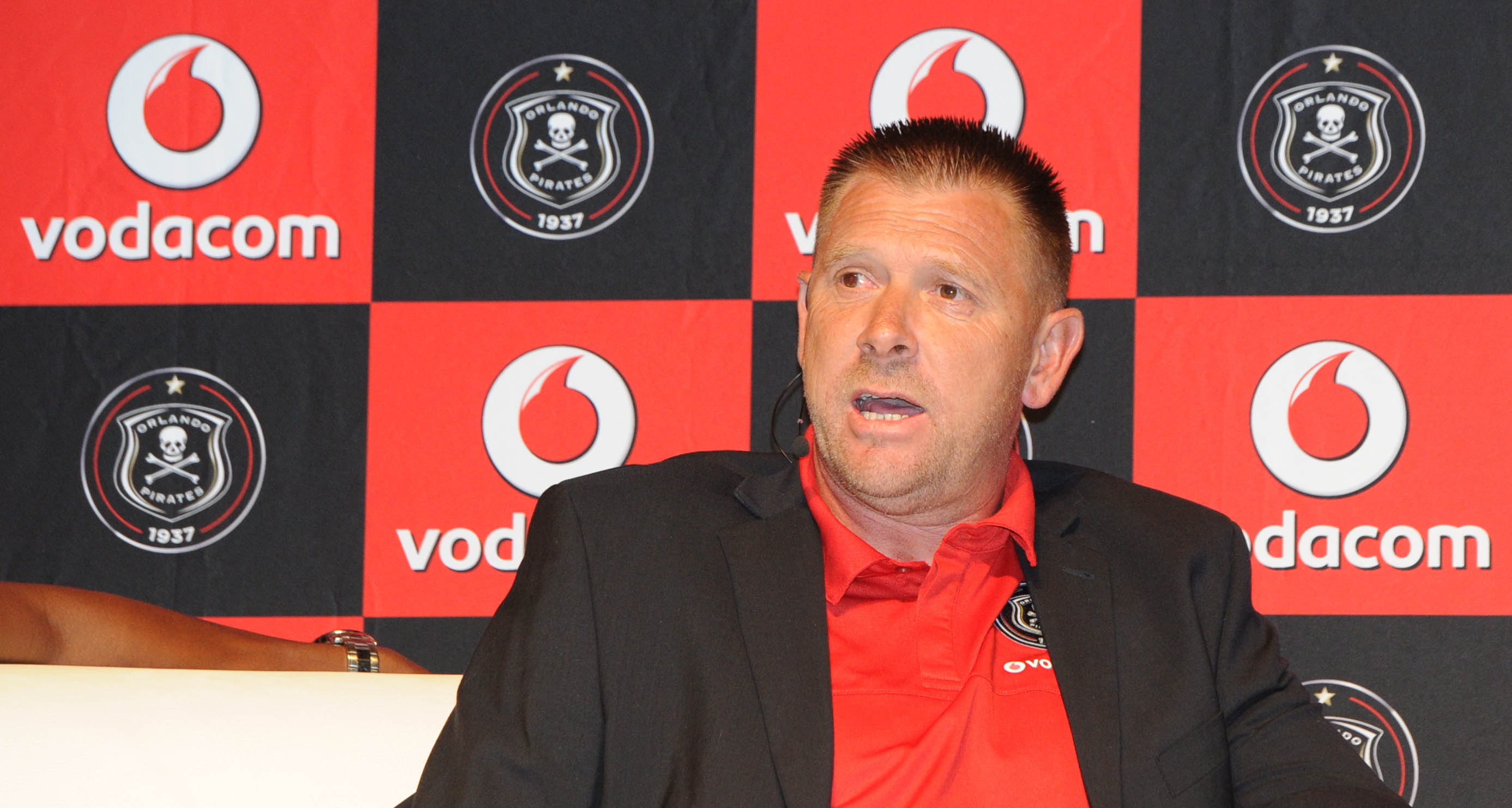 The Buccaneers lost 2-1 to Tunisians Etoile du Sahel in the final of the continental competition, and the loss saw Pirates form in the league fading away, with the club constantly getting poor results.

However, in the last few weeks, Pirates have managed to resurrect their best form and with the team having made their way into the Nedbank Cup semifinal after beating Mamelodi Sundowns 2-0 at the Lucas Moripe Stadium on Saturday, Tinkler believes his charges have now accepted the loss to Sahel.

“First and foremost it takes away all the doubters, showing that we deserved to be where we were. We deserved to be in the final of the Confederation Cup because we are a good team. We got there because of all the hard work, team spirit and cohesion between technical staff and the players. And we saw that again, the players were all lions for me, I am very proud of them,” said Tinkler.

“I think it is only natural when you get to such a massive final and it did affect us, I am convinced it did affect us. But that needed a bit of time to get out of the system, but I knew it would change. We see the spirit gain in the change- room and everybody is working for one another which is extremely important.”

The Buccaneers next shift their focus in their league run with the aim of finishing in the top three. They are in sixth place with 38 points. They host Polokwane City at the FNB Stadium tomorrow, and Tinkler insists that should they win their remaining fixtures, Bucs will finish in the top three.

“Mathematically we can still finish there if we win our last five games. I don’t see it being impossible. I truly believe we can go on and win all our games. I see this competition (the Nedbank Cup) as an opportunity to win a trophy; the bonus is obviously for us to go play in the Confederation Cup.

“But the league is still important for me – why should we rely only on the Nedbank Cup when we have an opportunity to finish as high as we can in the league?”