Chippa United midfielder Joseph Molangoane was over the moon after helping his side beat Orlando Pirates 2-0 in an Absa Premiership clash held at the Nelson Mandela Bay Stadium on Wednesday night. 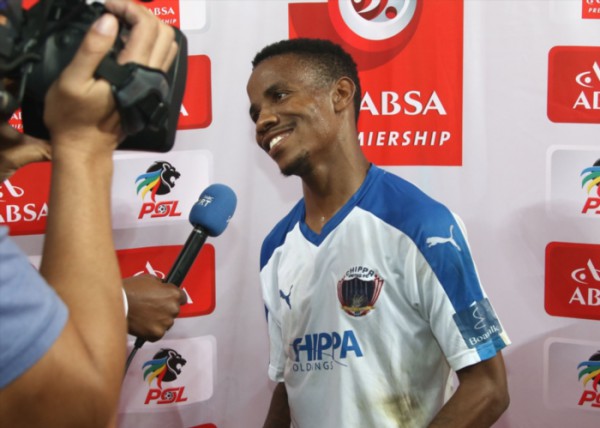 Molangoane, who is a former Pirates player, opened the scoring for the Chilli Boys in the 29th minute following a beautiful solo run and dribbling past Bucs defenders before placing the ball into the back of the net.

He was in the heat of things once more in the second half, when he was left through on the right side with a chance to shoot, but he decided to pass the ball to his teammate Buyani Sali, who had a clear view of the poles and Sali made no mistake as Chippa went through to win the game by 2-0 in the 60th minute.

Molangoane was subsequently named man-of-the-match for his efforts.

“I am very pleased and I want to thank my technical team. I really appreciate the chance they gave me. I am so happy, playing against Orlando Pirates and getting the man-of-match, not everyone can do that, I really appreciate that, thanks to the supporters and the whole team,” Molangoane told SuperSport.

The result saw Chippa go into sixth place on the log table with 42 points, while Bucs dropped to seventh with 40 points.