Mkhabela confident of impressing at Chiefs

Kaizer Chiefs' new signing Enocent Mkhabela has revealed that he is confident of impressing at his new team after being introduced to the "Chiefs way" during a training camp in Mpumalanga. 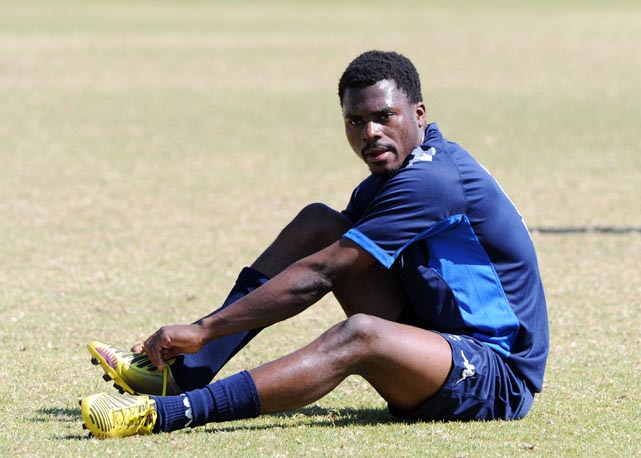 Mkhabela said he learnt that professionalism and good results are of utmost importance to the Naturena-based team.

“At the camp we were introduced to the Chiefs way. Uppermost is the professionalism… the supporters always expect both a good performance and a positive result,” he said on the club’s website.

“I don’t think I will struggle with the pressure here. I am aware that we have to approach all games as if they are cup finals,” added the man who has been handed the No 6 shirt that fans’ favourite Reneilwe Letsholonyane has been wearing over the past few years.

Letsholonyane was released by Amakhosi in early June after failing to reach an agreement with the club over a new contract, and some of his adoring fans have still not come to terms with his departure.

Mkhabela said the team have quality players, and that competition for places is very high. “The competition is high here. Guys are taking their jobs seriously at Chiefs,” said the former SuperSport United midfielder.

Mkhabela did not have a good season with Amatsatsantsa a Pitori, managing just a few appearances under both Gordon Igesund and Stuart Baxter. But he said he was confident of making a meaningful contribution in Steve Komphela’s team.

“I am comfortable in the midfield, in the defensive role… I will play wherever the coach decides to deploy me,” said the 27-year-old Nelspruit-born player.

Although the team were in camp in his home town for over a week, Mkhabela said he could not get time to visit his family.

“I haven’t been able to spend much time back at home with my family due to work commitments. However, through telephone calls with family and friends, the expectations are high.

“Everyone is happy and they can’t wait to see me running on the pitch in a gold and black kit. I am living a dream.

“But I will not let this excitement deter me from my goal of adding value to the team.”