Banyana Banyana lost their second consecutive game of the group stages at the Rio Olympic Games after losing 2-0 to China at the Olympic Stadium on Sunday. 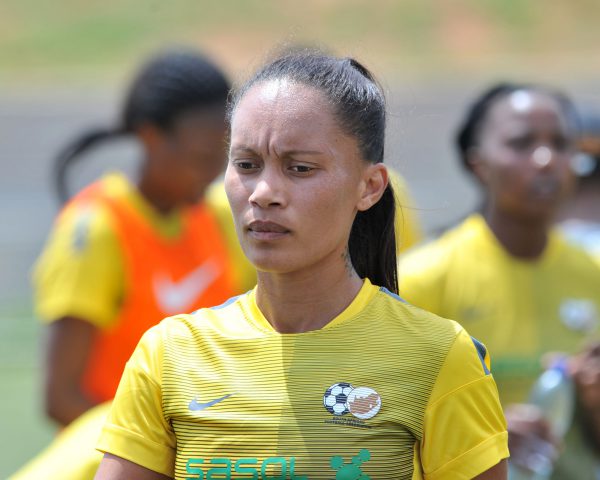 A late first half goal by Gu Yang and a superb striker by Tan Ruyin saw the Chinese register their first three points in Group E.

It was a tightly contested match between the two sides with a number of chances created.

Banyana were first to get a chance to score, Jermaine Seoposenwe could have easily gave Banyana a lead as early as the first minute of the game, the striker managing to dribbling past the Chinese central defence, however she shot straight at the opposition goalkeeper.

China didn’t just sit back consuming all the pressure from Banyana. Forward Yang Lee had numerous chances to give the Asians a lead too, but her shots either went wide or were saved by keeper Roxanne Barker.

At the other end, winger Thembi Kgatlana, who replaced the injured Shiwe Nongwanya was a menace for the Chinese back four as they struggled to keep up with her pace on the wings, but there were no goals to show for her efforts.

Banyana got a chance to get an equaliser in the last five minutes of the first half through an indirect free-kick.

Skipper Janine van Wyk stepped up to take the set-piece with the ball hitting the wall, before coming back to her, however she was denied by the cross-bar.

Having had the most opportunities in the game, China finally found the back of the net in the stroke of half-time when midfielder Gu Yang was put through on goal and she slotted in the ball, with Barker unable to make a save.

In the 58th minute, some slicky skills from Kgatlana saw the winger with a chance to take a shot at goals, but the Chinese goalkeeper Lina Zhao managed to make a finger tips save.

Vera Pauw’s ‘Tiny Frogs’ seemed to lose focus as the match went on, particularly in defence, as they gave away possession cheaply.

Barker made a couple of incredible saves to keep the team’s hopes of equalising alive in the last 15 minutes of the match.

However, a strike close from the half-way mark by Ruyin sealed the deal for China, beating Barker who was out of her goal line to make it 2-0.