Banyana star never thought she would play at Rio

Banyana Banyana winger Thembi Kgatlana says she wasn't expecting to feature for the team that did duty at the Rio Olympic Games having travelled with the squad as one of the four additional players in the team. 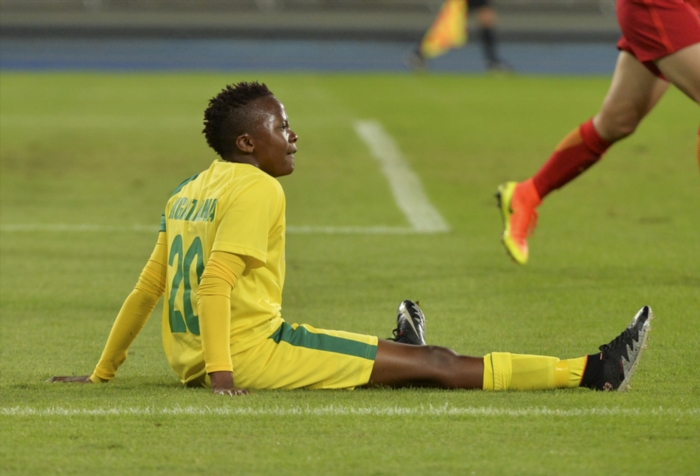 Kgatlana, who plays her football for the University of the Western Cape in the Sasol League got an opportunity to be part of the squad following the injury of Shiwe Nogwanya in the team’s opening match against Sweden which ruled her out for the rest of the tournament.

“As much as I gave out my best performance during the training sessions, I never really thought I would play at the tournament. I was there as a teammate who is there to give support to the 18-players who were selected to play,” said the 20-year old kgatlana.

“After that incident, the next day at training it didn’t even cross my mind that the coach would tell me that I will be in the team or better yet, to be in the first XI in the games against China and Brazil.”

Kgatlana added that the experience in Rio will help going forward in her career. But it was disappointing to finish the tournament without winning or scoring.

“It is quite heart-breaking to have exited the competition the way we did, but we grow from here. It was a learning curve to most of us since it was our first time participating,” she concluded.

Banyana were knocked-out of the competition in the group stages, finishing last in group E consisting of Brazil, China and Sweden.