Level of fitness not an issue for Amajimbos

SA’s Under-17 coach Molefi Ntseki is not worried about the level of fitness but the physical condition of his players ahead of the Brics Under-17 Cup taking place from October 5-15 in Goa, India.

Amajimbos last played a competitive match during the Caf Under-17 African Youth Championships, which they lost 3-1 on aggregate to Tanzania.

“Well, most of them play for their clubs and academies, so the level of fitness should not be a worry, but the concern is that the past two weeks they were writing exams, so it is possible that they were more focused on the studies, and we might experience a challenge in terms of their physical condition, but it is something we can work on until we play our first match on the seventh of October,” Ntseki told Safa website.

“We also need to work on the mental approach going into these matches because our boys tend to lose it towards the end of the game as well as lapse of concentration. We will be doing more of mental strength training and cognitive training, and we will also work on finishing because we create a lot of chances, but the conversion rate is not pleasing at the moment,” added Ntseki.

The Brics Tournament features only South Africa as the African country, going up against Brazil, China, India and Russia. Ntseki says his team will have a different approach to the games.

“The camp will be more on the tactical discipline and technical approach because we are not playing any African country, so the approach will be different. The South Americans (Brazil) and the Europeans (Russia) are known to be very disciplined when it comes to the tactical approach of the game, so these are things we need to work on.”

The squad is already in camp and will depart to Goa on Monday. They will play their first game against hosts India on the seventh (Friday) October. 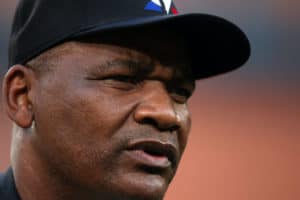 Ntseki happy with Chiefs’ start to the season, sees positive progress
2 months ago
2 months ago

Ntseki happy with Chiefs’ start to the season, sees positive progress
2 months ago
2 months ago