Wits bounced back with an equaliser from Eleazar Rodgers and Mogakolodi Ngele’s winning goal in the dying minutes of the match. 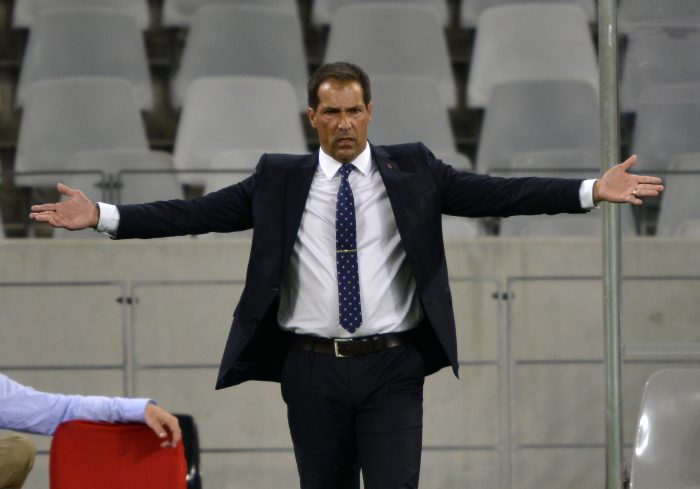 Ajax Cape Town coach Roger De Sa rued missed opportunities after his side went to six league matches without a win following their 2-1 loss to Bidvest Wits at the Cape Town Stadium on Wednesday night.

The Urban Warriors started the match brightly and got on the score sheet in the 25th minute, thanks to Eric Chipeta’s wonder free-kick, before Wits bounced back with an equaliser from Eleazar Rodgers and Mogakolodi Ngele’s winning goal in the dying minutes of the match.

“Obviously disappointed, I think we had a couple of chances to wrap it up. I think Prince Nxumalo forced one very good save from Darren Keet and then the miss when he was one-on-one, I mean, those are the chance we have to take,” Hunt told SuperSport TV after the match.

“But when it is not going for you, that’s what happens. We don’t take our chances there, they come on the other side and score from a rebound, reflection, whatever.”

The Ajax coach said they knew the Clever Boys would cause some problems with set-pieces coming into this game, and they caught them.

“They were always going to cause problems on set-pieces, and we knew that, and they caught us out.”

The loss saw the Cape outfit remain second from the league standings with two points, while Wits climbed to third spot with 10 points.