Former Banyana Banyana coach, Vera Pauw has been included in the top 10 shortlist for the Best Fifa Women’s Coach of the Year for 2016. 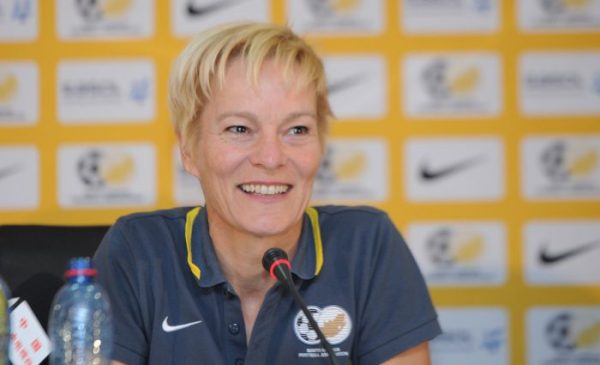 Pauw was at the helm of Banyana for two years and qualified the team for the Olympics but decided to leave after their first round elimination.

On receiving the news, Pauw dedicated the nomination to her former players. “I am so proud. I dedicate this nomination to the players and staff of Banyana,” she said on her official Twitter account.

When a Twitter user asked her why she had not stayed and continued with her obviously impressive work with Banyana, Pauw replied: “Desiree Ellis (current Banyana coach) is a fantastic successor. The philosophy and structure stay in the program.”

Banyana captain, Janine van Wyk was among the firstb people to congratulate Pauw on her nomination, tweeting: “Of course Pauw is a candidate for this award. (I am) so honoured to have been coached and mentored by one of the best in the world.”

Pauw is pitted against coaches of successful women’s teams in the world like Germany’s Silvia Neid, Sweden’s Pia Sundhage and Brazil’s Oswaldo Vadao for the award.