Igesund says he has seen him play a lot at Moroka Swallows and Santos FC before moving to Highlands.

Highlands Park coach Gordon Igesund says he is impressed with the progress of striker Edwin Sitayitayi, who joined the club during the past transfer window from Moroka Swallows.

Igesund, who joined the Lions of the North in mid-October, revealed that he did not meet the 24-year old at Highlands, but he has seen him play a lot at Moroka Swallows and Santos FC before moving to Highlands.

“Sitayitayi is a very good player; it was not the first time I saw him,” said Igesund.

“I’ve watched him play a lot at Moroka Swallows and also at Santos. I just think he works very hard has a good attitude and he is a good young player who wants to learn, he has some great touches, and he can do anything in the air with the ball, so I am very pleased with him, so I am looking forward to seeing him grow from strength to strength.”

Sitayitayi has already scored two goals for the club, having made three starts and four substitute appearances for the Lions of the North. 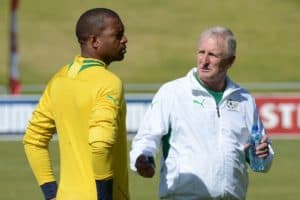 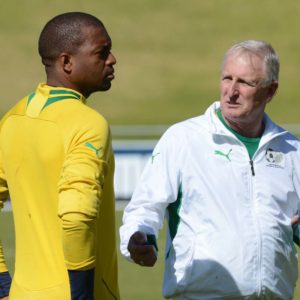