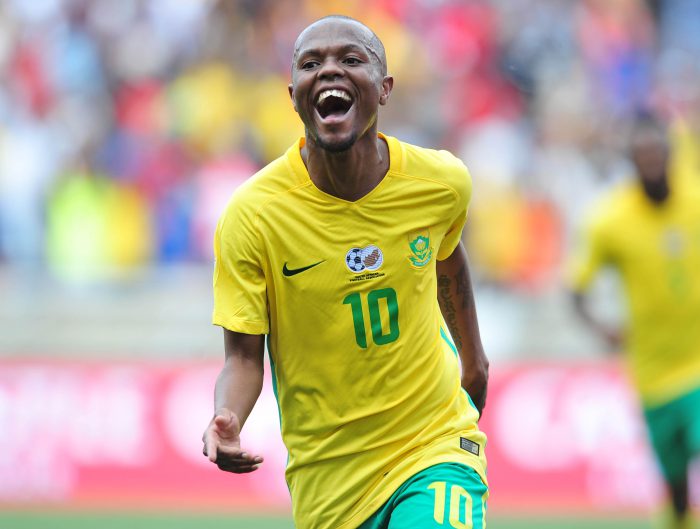 Shakes Mashaba’s men survived a heavy onslaught from the Teranga Lions late in the second half with some brilliant goalkeeping from Itumeleng Khune and a bit of luck playing a huge role.

Bafana led 2-0 at half time, but sat back in the second allowing their visitors more time on the ball.

Captain Cheikh Ndoye found a goal for Senegal slotting in after a scramble in the box as Bafana failed to their lines.

The goal bouyed them on, but could not find an equaliser.

Bafana started the game slow, playing more defensively but signs were there when they went on attack that they could cause an upset of the day against the Group D favourites.

Thulani Hatshwayo opened the scoring in the 43rd minute from the spot kick after the referee awarded Bafana a penalty for a foul on Eliazar Rodgers.

Thulani Serero tapped in with a few seconds to the end of the half, finishing Bafana’s quick counter attack.

Meanwhile, the referee had to be escorted out of the field by security as Senegal players and officials confronted him after the match.