It is now a two horse race between Roger De Sa and Julio Leal for Maritzburg United’s vacant coaching job. 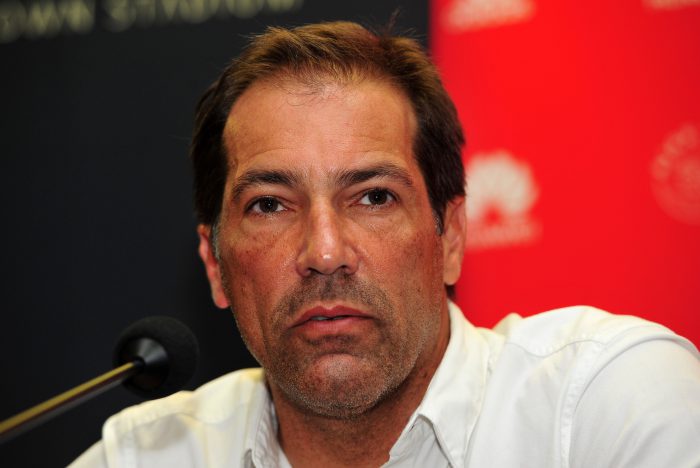 The Saturday Citizen has confirmed that the two coaches attended the Team of Choice’s training session on Thursday as they familiarised themselves with the club’s facilities and players.

Club chairman, Farook Kadodia confirmed yesterday that the two men are the main candidates for the job which was left vacant when Ernst Middendorp resigned two weeks ago. Middendorp has since joined Bangkok United in Thailand as their technical director.

“We met with the two coaches and they came for interviews. They inspected the facilities and watched the team play a friendly match yesterday,” said Kadodia.

“But we will not be taking on a new coach now, we will appoint one on the first week of January,” added Kadodia.

Although Kadodia was non-committal when asked who had made the most impression between the two mentors, The Saturday Citizen has established that De Sa is the favourite.

“It looks like it is going to be Roger. He is the one who stayed behind after the friendly match and interacted with the players. That tells you he is the one getting the job,” said a player who asked that he not be named for fear of reprisals.

He also added that in a meeting with the management, the players had appealed that the team hire a coach who will be less temperamental and understanding.

Another factor that could work in De Sa’s favour is that he has an incredible record of producing young players who have gone on to make a name for themselves at bigger teams while he was at Bidvest Wits.

The sponsor-less Pietermaritzburg based team rely on scouting players from lower leagues because of budgetary constraints and De Sa’s eye for talent could be just what the they need.

De Sa was released by Ajax Cape Town three weeks ago following a string of poor results while Leal suffered the same misfortune at Polokwane City at the end of last season.

Maritzburg are ninth of the Absa Premiership league with 14 points off 12 games, and have two more games before the Christmas break. Kadodia said interim co-coaches and brothers, Fadlu and Maahier Davids will remain in charge until a new coach is hired in January.