Defensive errors are of major concern at Orlando Pirates and coach Augusto Palacios insists they continue working on this aspect. 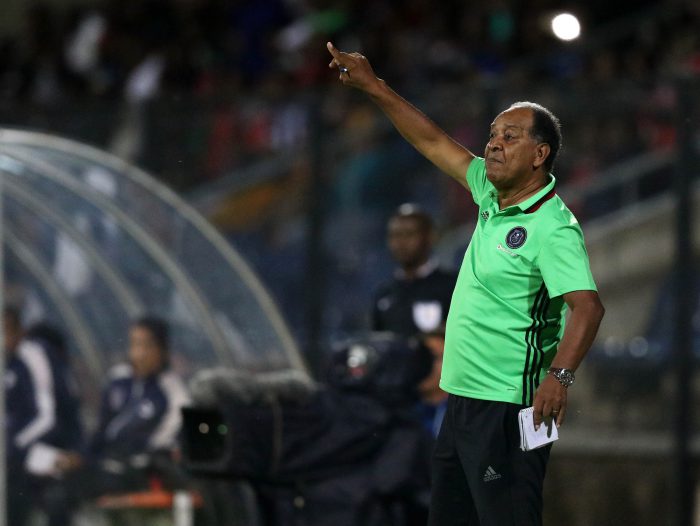 Bucs lost to Maritzburg United on Tuesday night. And Despite Pirates’ preparations to stop United set-piece strength, they ended up losing 2-1 to the Team of Choice, with both goals coming in that particular fashion in the second half.

Bevan Fransman opened the scoring for the home team with an easy tap-in when he found himself unmarked inside the box before Brian Onyango scored the winning goal with a free header from a corner kick.

“During practice, we knew the strengths of Maritzburg, we knew they are strong on set pieces, we indicated players by name, who picks up who, but it’s the responsibility of the players to do it,” Palacios said after the game.

“I can’t do more to practice and to indicate the organisation at set pieces. If their player has a free header, it’s our player’s responsibility to pick him up.”

The Pirates mentor added that the team lost their focus during the second period and after going 2-0 down, he had to make three changes bringing on Matlhatsi Makudubela, Donald Mokondolela and Ayanda Nkosi who got the team’s consolation goal coming in for Mpho Makola, who joined Luvuyo Memela and Thabiso Kutumela in the search for fresh legs to try and get the team back into the game.

“We controlled the match well in the first half, but in the second half there was no focus, no concentration,” Palacios continued.

“Obviously, you either lose by three or you equalise or you win the game. You can’t wait because time is going,” he explained on SuperSport after the game.

The victory saw Maritzburg taking their points tally to 17 after 13 games, while the Buccaneers have collected 18 points from 12 games.