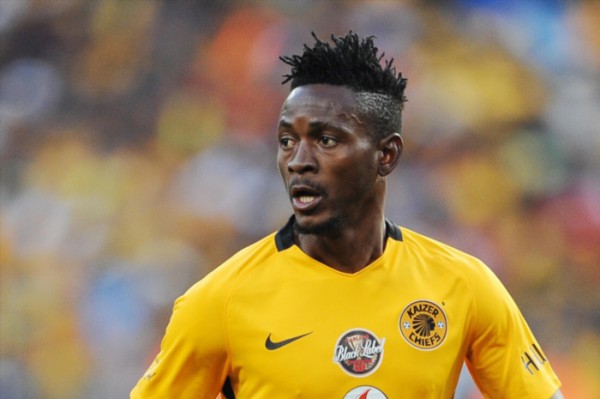 According to Zambia’s Daily Mail, Macha has signed a two-year contract with the side.

The news was confirmed to the newspaper by club secretary Davy Chimbwelenge. Macha has played six games since joining Amakhosi at the start of the season.

The Zambian striker is yet to score his first competitive goal for the club.

His only goal for Chiefs was against Orlando Pirates in the Carling Black Label Cup during the off-season.

A source close to Chiefs, however, told Phakaaathi that Macha was in camp with the club in Potchefstroom before they returned to Johannesburg on Wednesday.

It is not clear at this stage if the player will leave for Zambia or if the reports in Zambia about leaving Chiefs are untrue.