André Ayew apparently did all he could to get Ghana into the final of the 2017 Africa Cup of Nations. 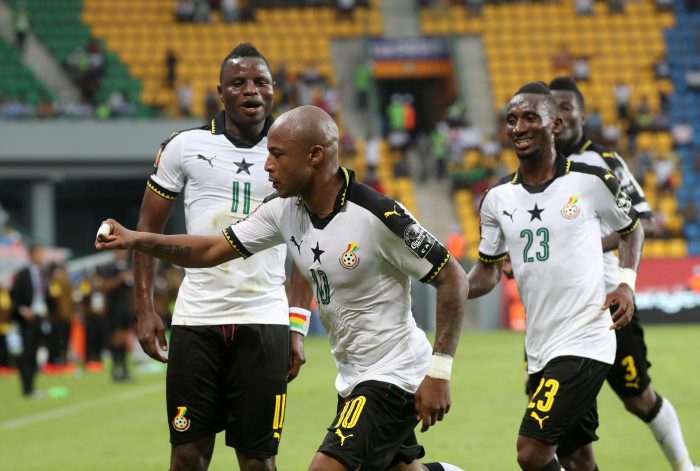 Ghana forward André Ayew has been instrumental in the Black Stars’ 2017 Africa Cup of Nations scoring one of the winning goals to book a spot in the semifinals before his younger brother scores the winning goal.

A video of the Black Stars team warming up before playing against Cameroon on Thursday night shows Dede walking out of the tunnel, stopping on the touchline and jogged across the field, sprinkling white powder as he goes along.