Orlando Pirates attacking midfielder Dove Wome would like to keep scoring goals for the Buccaneers. 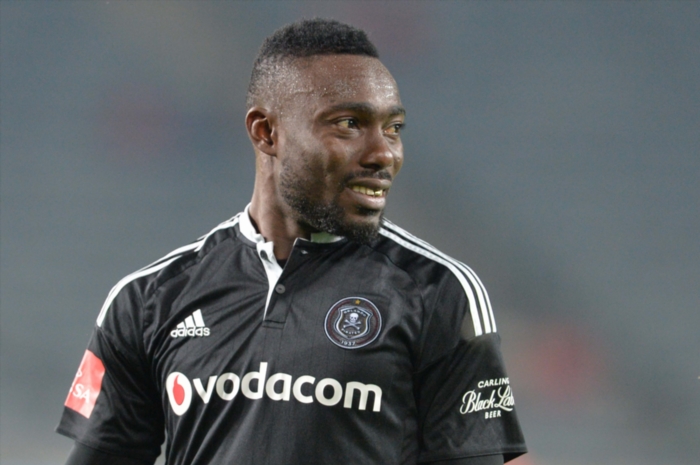 Wome has scored two goal for Pirates in as many matches when the Sea Robbers shared the spoils with Polokwane City in a recent league clash.

The Togo international moved to Pirates on loan in January due to limited game time at SuperSport United.

The 25-year-old wants to keep scoring for the Sea Robbers.

“I hope I can keep scoring, and obviously, there is a big game coming [against Chiefs]. I’m not promising anything, but you know teamwork is important,” he said as quoted by SowetanLIVE website.

“It has been difficult for me this season. I had an operation and was out for two months.

“When I came back SuperSport was already doing well, so it was difficult for the coach [Stuart Baxter] to change. I got a chance to move and show what I can do. It was difficult at first, but now I’m getting game time I’m happy for now.”