A 1-0 win over relegated Santos was enough for Stellenbosch FC to secure themselves a place in the promotion play-offs as it meant they finish third with 49 points. 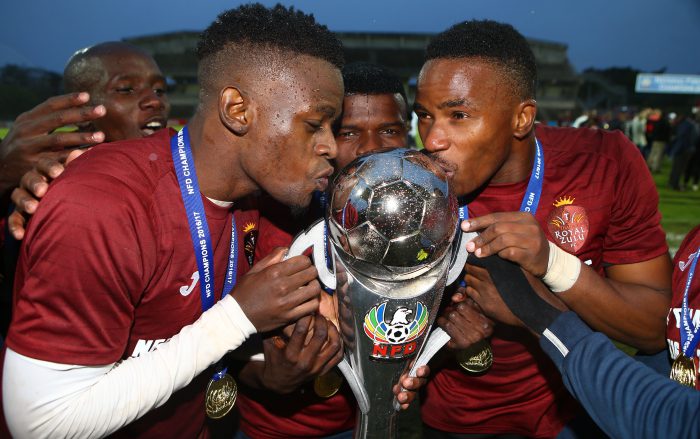 Mame Niang scored the all important goal from the penalty spot to help Stellenbosch jump over AmaZulu FC and Royal Eagles.

Usuthu were however knocked out of the promotion race when they suffered a 1-0 defeat to lowly FC Cape Town whose win ensured they escaped relegation.

Eagles’ 3-1 win over Witbank Spurs was not enough to secure them a playoffs position as they finish on 48 points, one behind Stellenbosch.

The relegation scrap was also unpredictable with three teams in danger ahead of Sunday’s matches but FC Cape Town jumped to safety with their win over AmaZulu while Magesi FC’s 3-0 defeat to Mbombela United sealed their fate.

With Milano United defeated by 3-2 by Cape Town All Stars, Magesi needed just a draw to survive but Sheperd Murape’s side failed to find an equaliser.

Thanda Royal Zulu were meanwhile officially handed their trophy for winning the division and finished their season in style with a 2-1 win over Real Kings.