Real Kings coach Simo Dladla has revealed that he was approached by Orlando Pirates for a coaching job this season. 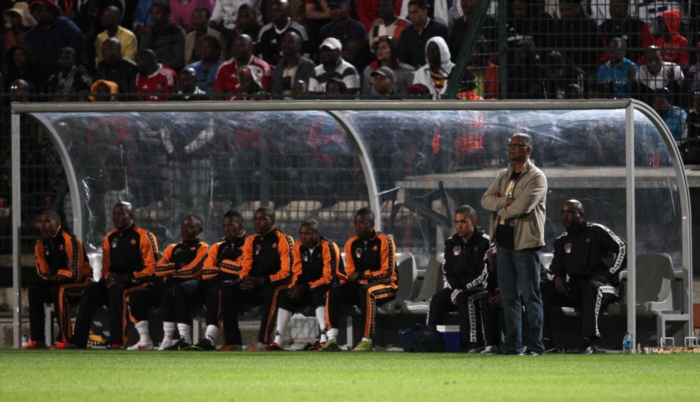 Coach on the bench with players. Photo by Shaun Roy / Gallo Images

Dladla was made an offer by Pirates to coach the club’s Diski Challenge team.

Dladla has had two fruitful seasons with Real Kings,  helping the team gain promotion to the National First Division from the ABC Motsepe League.

“I was flattered by the offer from Orlando Pirates, this means I am doing a great job where I am right now, I have three meetings with the club but it wouldn’t have been right for me to leave the club right now considering that Siya Mdluli left for Maritzburg United,” Dladla told Isolwzwe.