Igesund coy on his next move

Gordon Igesund, the most successful coach in the Premier League while guiding four different clubs to the PSL championship title, promises a new direction to his career is on the horizon. 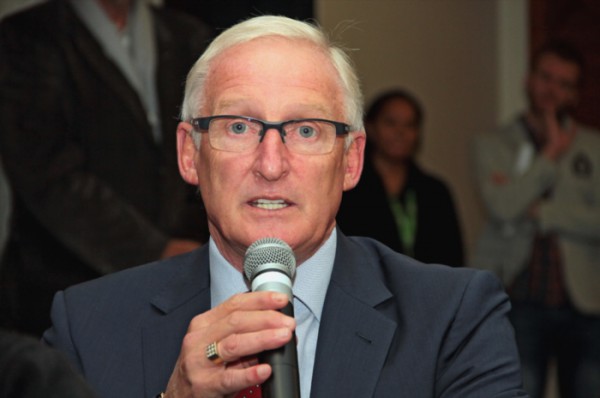 “I cannot disclose any more details at this time,”‘ said the coach who was proclaimed the “Golden Boy” and also had a two-year spell with Bafana Bafana.

“There are a couple of delicate issues to be ironed out and I would not like to jeopardise anything at this late juncture.

“But if everything is sorted out,” added Igesund, “it will provide an exciting new challenge to my career.”

Apart from helping Manning Rangers, Santos, Orlando Pirates and Mamelodi Sundowns to Premier League glory, Igesund was a whisker from helping a fifth club, Moroka Swallows, to the PSL championship.

He had a brief spell coaching Highlands Park last season, for whom he starred as a player before embarking on a successful spell playing in Austria.

It was terminated before the “Lions of the North” were relegated to the National First Division.

But despite a coaching merry-go-round among PSL clubs during the present season, Igesund surprisingly has not been involved in any of the plethora of appointments.

Reports during this time suggested he could return to the international arena with one of the other African nations and negotiations were apparently on the verge of being finalised, before fizzling out at the last moment.

But Igesund said he was presently involved with “starting something that is completely new”.

“It could happen any day now,” he added. “Any hour in fact, I believe.”