The big question going into this afternoon's hugely anticipated Soweto derby is whether there will be goals this time around. 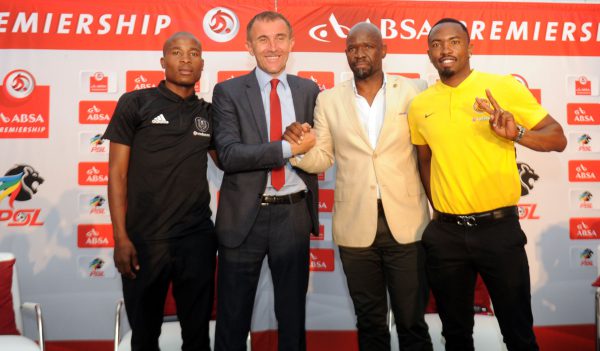 Seeing the ball kiss the back of the net has been a rare sight whenever Kaizer Chiefs and Orlando Pirates meet in the famed Soweto derby which has made some supporters feel the fixture is overly hyped and fails to live up to expectation.

Afternoon showers have been predicted for Gauteng but fans will hope for it will be a good rainfall of goals at FNB Stadium as well where the two Soweto giants will be playing for than just the three points in this Absa Premiership fixture.

The question of goals was posed to coaches, Steve Komphela and Micho Sredojevic during a media conference and both promised a 2-0 win.

Komphela, who is yet to win an official derby since taking charge at the Naturena-based team, said he knows their supporters demands and they are willing to cater to them.

“To whom much is given, much is expected. We have so many supporters and the expectation is high. Not that the fans are spoiled, they are just used to success.

“We just have to live to the standard. The only thing we need to guard against is memories of the past match. We need to focus on this match.

“We have two players here (Thabo Matlaba and Bernard Parker) who scored two beautiful similar goals in midweek. The question of goals must go the players. A 2-0 would do. Hate it or like it, we called it,” said Komphela.

The Buccaneers captain Matlaba said the two goals would come from Thamsanqa Gabuza whom he said had proved in previous matches that he has Amakhosi’s number.

“No, we don’t go to matches to play for a draw. We play to win but if it ends in a draw there is nothing you can do. Football is like that, unpredictable. To be honest we prepared for this match like we prepare for any other match. We know it is important for the fans and we owe them the happiness they derive from winning the derby,” said Matlaba.

“The derby is a special occasion and we are all excited from both sides. When we were in preseason and the fixture list was released, we looked for the derby first to see when it will be. It is here now and it is exciting.

“The coach has put us in the right frame of mind as he told us to stay focused. For us the derby starts way before when friends and family starts asking for tickets weeks before the match,” said Parker.